February 1986: Boy George and Culture Club Guest-Star on "The A Team" 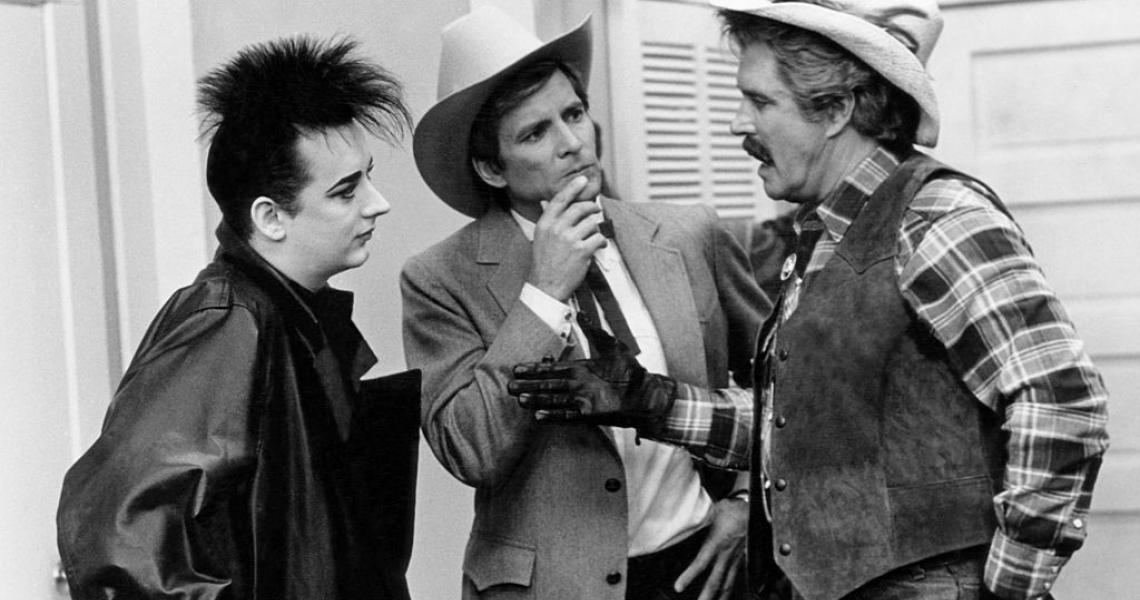 It was in early 1986 when British pop stars Culture Club and US TV action show The A Team decided to band together and help each other out. The series was in it's penultimate fourth season, and ratings had started to slip. Producers began rolling out big-name celebrity cameos in hopes of reigniting viewership. One episode early in the season featured both Rick James and Isaac Hayes. The following week, Hulk Hogan stopped by to make an appearance. It was on February 11, 1986, when Boy George and Culture Club would make a splashy cameo on The A Team.

For the episode entitled "Cowboy George," the convoluted plot involved Boy George getting booked to play a honky-tonk bar called the "Floor 'Em" instead of the mythical Cowboy George. When George arrives thinking that he's playing the Forum, hilarity--and lots of explosions--soon follow.

Ultimately, Culture Club would go on to play the Floor 'Em, and despite the club owner making it clear that he "don't want no English glitter prince" performing at his bar, Boy George and company win over the rough and tumble crowd. Watch the band's performance of "Karma Chameleon" on The A Team below.