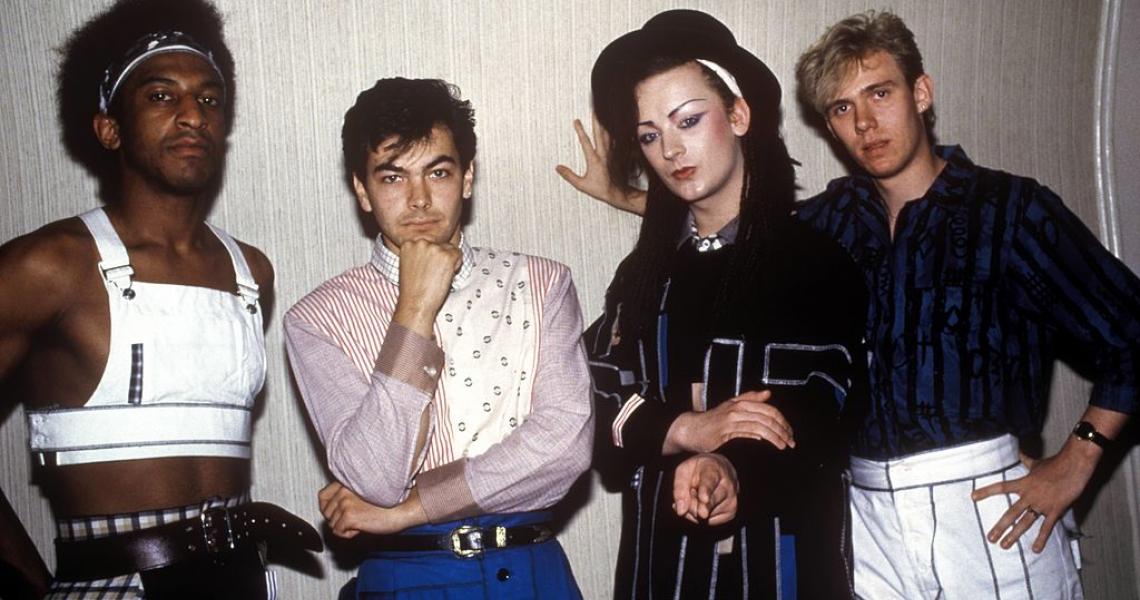 By the end of 1983, Return of the Jedi and Flashdance had rocked the box office, the Oakland Raiders were headed to a Super Bowl Championship and Dallas topped Dynasty as the country's most popular TV drama. In the world of music, Culture Club was a breakout sensation, and singer Boy George a global superstar. His androgynous style and quick wit made him an instant favorite on the celebrity talk show circuit. In December of that year, he appeared on Joan Rivers' talk show.

It was on December 3, 1983, when Culture Club released "Karma Chameleon" as a single in America. Building on the success of earlier songs like "Do You Really Want to Hurt Me" and "Time (Clock of the Heart)," "Karma Chameleon" was an instant hit. Taken from the group's second album, Colour by Numbers, the song quickly jumped up the charts, hitting #1 on February 4, 1984. It would stay in the top spot for three weeks until being dethroned by Van Halen's "Jump." It would be the band's only US #1.

The song came with an elaborate music video set in 1800s Mississippi that went straight into heavy rotation on MTV. Watch it below.

"The song is about the terrible fear of alienation that people have, the fear of standing up for one thing," Boy George said in The Billboard Book of Number One Hits. "It's about trying to suck up to everybody. Basically, if you aren't true, if you don't act like you feel, then you get Karma-justice, that's nature's way of paying you back."