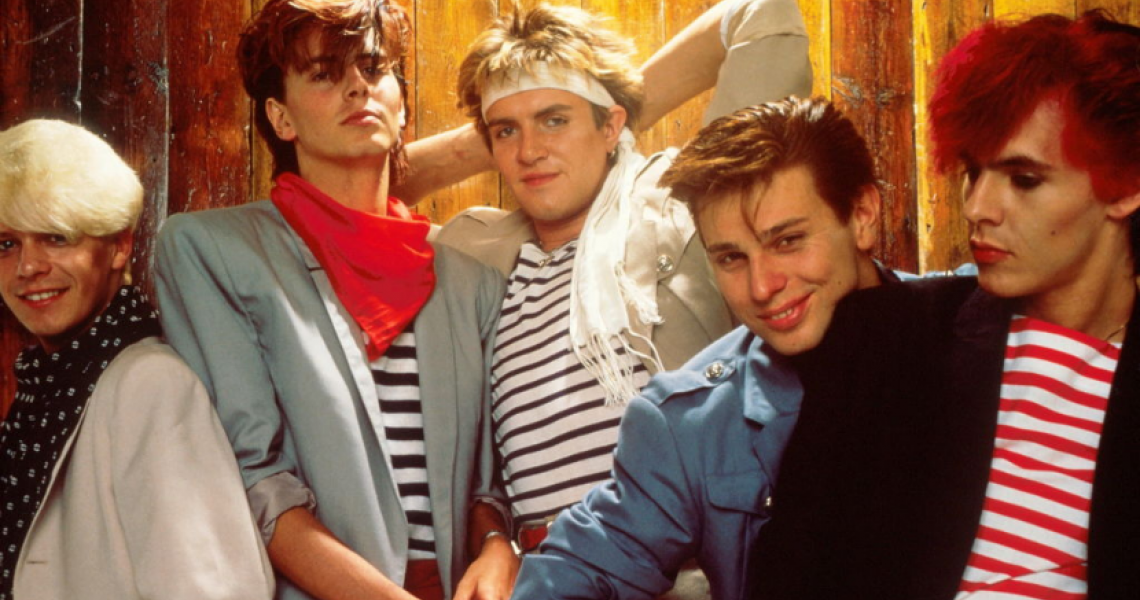 Duran Duran are undisputed icons of rock, fashion and music videos. After four decades together and a first-time nomination for induction into the Rock & Roll Hall of Fame (where they're leading the annual fan vote), they're still going strong with new music and consistent touring. Surely a few of their songs, from "Girls on Film" and "Hungry Like the Wolf" to "The Reflex" and "Notorious," have gotten stuck in your head at least once in the last few years.

READ MORE: Duran Duran and CHIC Team Up for North American Tour in 2022

But the Birmingham band is incredibly prolific, well beyond their hit singles and albums. For most of their first decade together, nearly every single came backed with a unique B-side that wasn't heard anywhere else - a real treasure for collectors of 45s - and it was only in the last two decades that they appeared anywhere beyond those original releases, making it to CD and digital thanks to a spate of box sets and reissues. If you're looking for a deeper fix than what you'd hear on the radio, you don't need to sell the Renoir and the TV set - just hit play on these classic Duran deep cuts.

"Late Bar" (1981): If debut single "Planet Earth" didn't convince fans of their post-disco bona fides, the flip side surely did the trick. The formidable rhythm section of John Taylor on bass and Roger Taylor on drums is one for the history books, and this is as good as any indication of why. Wherever "Room 7609" is, it sounds like a pretty cool place.

"Fame" (1981): Duran always wore their influences on their sleeve, from Roxy Music to CHIC. But early on, they took their love of David Bowie to the next level, recording a high-gloss rendition of his chart-topping "Fame" for the 12" single of "Careless Memories." Aside from the pulse-pounding tempo, it shares a lot of the same DNA with the original, and it opened the door to a handful of run-ins with the former Thin White Duke, from opening for his Glass Spider Tour in 1987 to later recording covers of favorites like "Boys Keep Swinging" and "Five Years."

"Like An Angel" (1981): Released alongside an early version of Rio track "My Own Way," "Like An Angel" is a tour-de-force for singer Simon Le Bon (both his lead vocals as well as the ethereal, almost Eastern-flavored high notes that come in before his verses) as well as guitarist Andy Taylor, who gets a moody solo at the track's end.

"The Chauffeur (Blue Silver)" (1982): Though "The Chauffeur" was an epic, sinister synth-laden closer to Rio, a version heard on the B-side to the title track showcased Duran like never before, casting the song in a delicate acoustic arrangement. For anyone who thought the Fab Five was all electronic, play 'em this and blow their minds.

"Faith in This Colour" (1983): Who says B-sides have to be normal? Most of the songs on this list could've easily fit any one of Duran's studio albums, but the instrumental "Faith in This Colour" - which backed the non-album cut "Is There Something I Should Know?" - was a different animal. Two versions of this spacey track (propelled by Nick Rhodes' bubbling synths) were actually released; the first, now billed as an "alternate slow mix," was withdrawn over copyright concerns involving a few samples of dialogue and sound effects from Star Wars buried deep in the mix.

"We Need You" (1986): the sessions for fourth studio album Notorious - in which Roger Taylor had already abandoned the drum kit and Andy Taylor had to be essentially sued into the studio before leaving the band himself - were enough of a challenge just to lay down the 10 tracks that made the LP. So it's no surprise there was only a single non-album track from that era: the synth-driven "We Need You," released on the back of the "Notorious" single. The yearning chorus was a reference to Andy's absence in the studio, and it's the only song from the album sessions that they did without any guest musicians.

"I Believe/All I Need to Know" (1988): Duran's last album of the '80s, Big Thing, split its time between freaked-out dance tracks ("I Don't Want Your Love," "All She Wants Is") and chilly ballads ("Do You Believe in Shame," "Palomino"). "I Believe/All I Need to Know," the B-side to "All She Wants Is" (and seemingly so titled because the band couldn't pick between one of the phrases), is the most upbeat of the latter. Simon's almost rumbling verses give way to a massive, soaring chorus underscored by keyboard shimmers, an almost Western-style guitar part and even a wailing harmonica. The '90s would be a time of triumph and tribulation for Duran, but in these last moments of the '80s, they finished surprisingly strong.