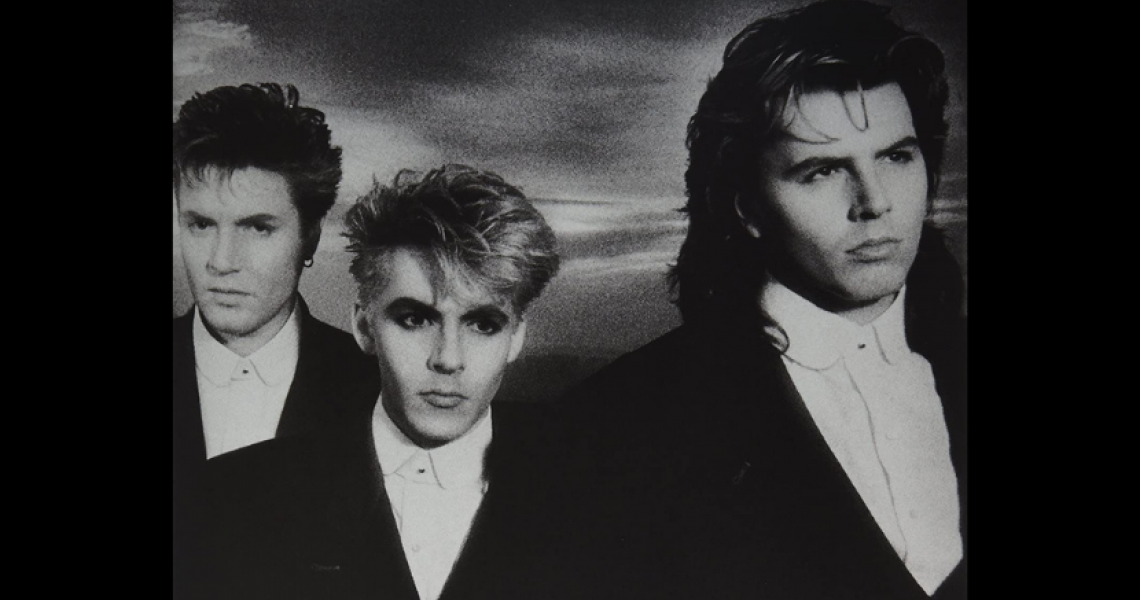 And then there were three: Oct. 20, 1986 marked the beginning of a new line-up of Duran Duran with the funky single "Notorious."

Just over a year before, the "Fab Five" from Birmingham - singer Simon Le Bon, keyboardist Nick Rhodes, guitarist Andy Taylor, bassist John Taylor and drummer Roger Taylor (say it with us - no relation) - were at the top of their game. When they took the stage at JFK Arena in Philadelphia for the globally televised Live Aid benefit on July 13, 1985, their latest single - the theme to the James Bond film A View to a Kill - was about to spend a two-week run on top of the Billboard Hot 100.

But it was the only Duran activity of the year: Andy and John formed the hard-rock supergroup The Power Station with singer Robert Palmer and CHIC drummer Tony Thompson, while Simon, Nick and Roger put together the art-pop Arcadia project later that fall. And when Duran intended to come together to release their first studio album since 1983's Seven and the Ragged Tiger, they would do so without Roger, who, citing exhaustion, departed in April 1986.

The sessions to the album that would become Notorious had Average White Band drummer Steve Ferrone sitting in on the drum kit and Nile Rodgers (the CHIC co-founder who'd remixed Duran's "The Reflex" into a worldwide No. 1 hit in 1984) in both the producer's chair and supplying some guitar ideas. ”I remember him playing some notes up the neck of his guitar and it was the riff from ‘Notorious,’" Le Bon recounted in 2011. "We just said, ‘Man, we’ve got to have that.'"

There was just one problem: Andy Taylor was nowhere to be found. The guitarist was in Los Angeles preparing a solo album, largely unbeknownst to his bandmates. "It was kind of a little bit uneasy," Rhodes said in a 1986 interview. "I think the fact was that we came to do the album - the three of us really wanted to do the album, and he didn't." Nonetheless, as Andy was under contract, he did end up contributing to the album after threats of legal action.

There was one more guitarist in the mix on the album as well: Warren Cuccurullo, member of Duran's labelmate Missing Persons, themselves in the midst of a breakup. Warren legendarily sent Duran an unsolicited demo after Andy attempted to hire some of his band for a solo album; Duran initially turned him down, not yet realizing that Andy had no intention of returning to the fold. To this day, fans are still unsure who played on which track.

Read More: On This Day in Duran Duran History: "Notorious" and Arcadia's 'So Red the Rose'

Within weeks of its release, the "Notorious" single earned Duran Duran another international Top 10 hit, peaking at No. 7 in their native England and No. 2 in America (kept from the top by The Bangles' "Walk Like An Egyptian"). Follow-up Big Thing in 1988 would also be released by the three-piece Duran with additional support from Cuccurullo, who became a full-time member shortly thereafter; the classic line-up reunited in 2001 and have stayed together (less Andy Taylor, who departed again in 2006) ever since.