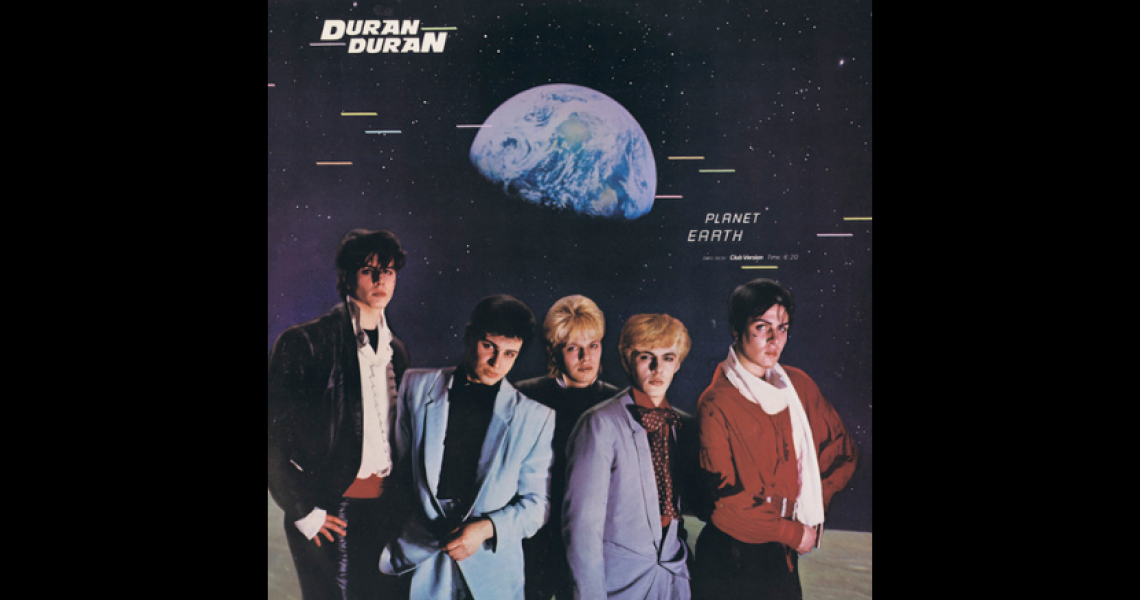 On Feb. 2, 1981, British clubgoers, fashion trendsetters - and soon indeed, the world - got their first listen to a band from Birmingham, England that would represent the best of '80s music and boldly move forward into the decades to come: Duran Duran's lead single "Planet Earth."

Though the group - founded by schoolmates Nick Rhodes (on keyboards) and John Taylor (on bass) - had existed in some form since 1978, it was in the '80s that Duran Duran as millions of fans would discover them first came together. Drummer Roger Taylor (no relation to Queen's percussionist) and guitarist Andy Taylor (no relation to the other Taylors) added a touch of disco and rock to the group's sound - intended to marry the punk edge of The Sex Pistols, the atmospheric art-rock of Roxy Music, and the polished dance music of CHIC - while frontman Simon Le Bon added theatrical poetry with his own distinctive vocals.

Having gigged steadily through 1980, Duran Duran (named after a character in the Jane Fonda film Barbarella) gained notice for their looks as often as their music: their "New Romantic" style of dress, heavy on ruffled, baggy clothing and contoured makeup, fused music and fashion in an unprecedented fashion. Duran also innovated by readily embracing the new trend of music videos (often shooting them on film stock instead of videotape) and tailoring their music for club play, with 12" singles featuring unique remixed and re-recorded "night versions" of their tracks.

Within weeks, "Planet Earth" became a hit single in England, climbing to No. 12 on the U.K. charts. Their self-titled debut followed in June 1981, peaking at No. 3; it later became a Top 10 hit in America in 1983, after the release of their international breakthrough Rio the year before.