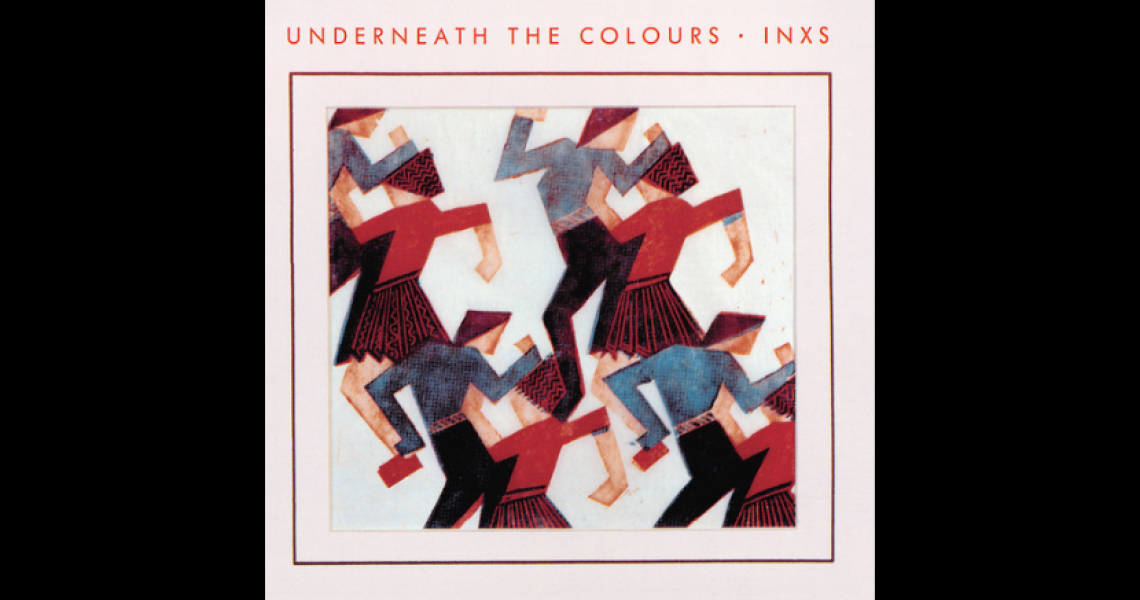 On Oct. 19, 1981, INXS released their second studio album, an LP which topped the commercial success of their self-titled debut in their native Australia even as it shifted fewer units in America than its predecessor.

Produced by Richard Clapton and recorded at Studio 301 in Sydney, Australia, Underneath the Colours arrived on the heels of the band’s first Australian Top 20 hit, “The Loved One,” a cover of a 1966 song by their fellow countrymen The Loved Ones. Since they’d recorded that non-album single with the aforementioned Mr. Clapton at Studio 301, the band decided to stick with the same location and producer for the new LP.

In an interview for Tracee Hutchison’s book Your Name’s on the Door, guitarist Kirk Pengilly said of the album, “It was very difficult for us. We’d toured the first album and then we had to come up with a follow-up. We weren’t really prepared for it, and I think the album suffered a bit because of that.”

Conversely, frontman Michael Hutchence quite liked it, telling journalist Mark Phillips in Rip It Up, “The first album was a cheapie, but with this one we had time to spend. We had Richard Clapton producing, and he was a big help. We look at things from a straight studio perspective.”

What’s funny is that Clapton was more than a little antsy about the album when he first met with Andrew Farriss about the material: Farriss assured Clapton that he had a tremendous batch of rough songs to play him, but he, uh, didn’t.

“He had a bunch of very abbreviated ideas – they were keyboard melodies, really,” Clapton said in INXS – Story to Story: The Official Autobiography. “I was worried. But I soon realized the power of the Farriss Brothers band- and I’m not sure they even realized it themselves. Jonny sat down and started bashing around the drum kit, and Tim showed up and started strumming away on guitar, [and] the song just started coming out of the ceiling. As a solo artist, I remember wishing I had catalysts like this in my life.”

Things inched up another gear when Hutchence arrived on the scene. “Hutch turned up half gone, just in party mode, much later in the night,” said Clapton. “He heard the band playing and just went in and started singing phonetically – it was all gibberish that followed the melody and sounded good. He did that for a while, singing strange noises, then he’d stop and start scribbling things on bits of paper he’d hold up in front of him. Before you knew it, he had verses of lyrics – out of nowhere, just so naturally. Fuck, man, I was in awe of all of them.”

The album’s first single, “Stay Young,” written by Hutchence and Andrew Farriss, may not have reached the same chart heights as “The Loved One,” but it definitely confirmed that INXS had begun to find a regular fan base: the song climbed to No. 21 on the Australian singles chart. That said, neither of the album’s subsequent two singles – the title track and “Night of Rebellion” – managed to chart at all, but when all was said and done, Underneath the Colours hit No. 15 down under, a full dozen spots higher than their self-titled debut, and matched the Australian success of its predecessor by going gold.