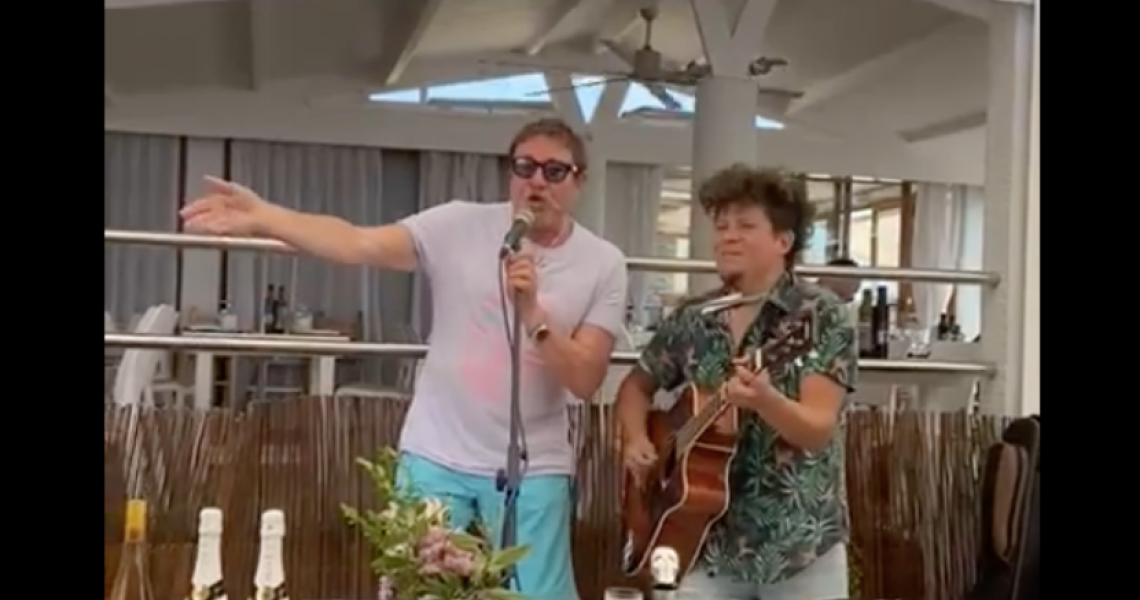 Hungry patrons at Juan y Andrea Restaurante in Ibiza got a serving of something special this week when Duran Duran frontman Simon Le Bon surprised patrons with a rendition of one of the band's classic songs.

In a Facebook post shared by the restaurant on Wednesday, Aug. 18, the restaurant noted that Le Bon "gets up from his table, approaches our guitarist and asks him for a song." The duo perform a stripped-back version of "Hungry Like the Wolf," the hit single from 1982's Rio and the song that helped the band become a worldwide phenomenon.

Duran Duran, who released their debut album 40 years ago this year, are gearing up for the October release of Future Past, their 15th studio album.