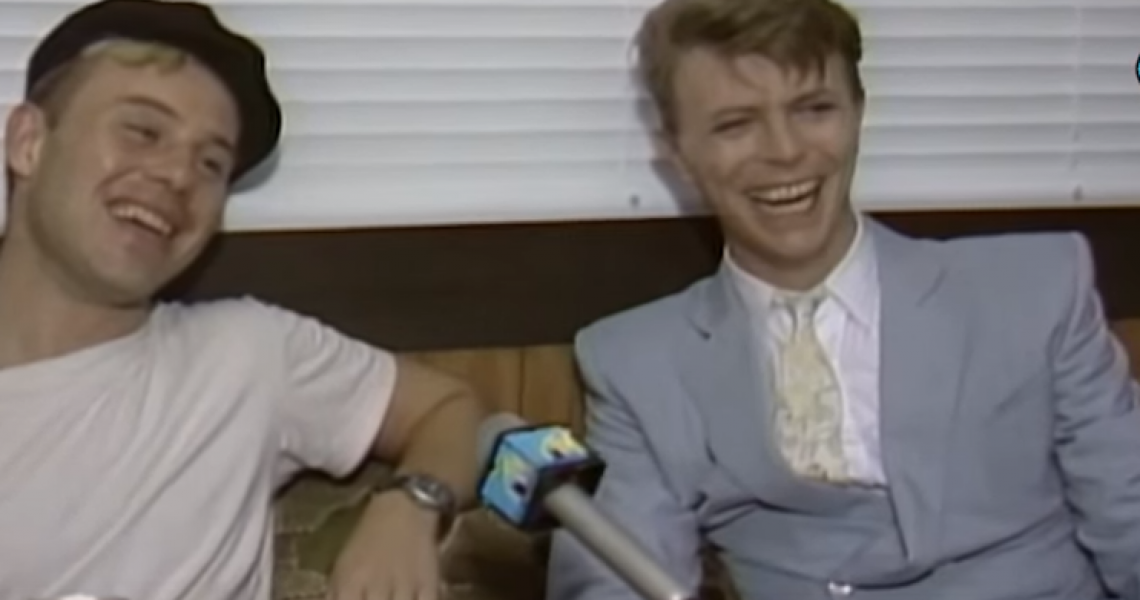 It was 35 years ago today, on July 13, 1985, when the music world turned its attention to Live Aid. The massive benefit concert that was held simultaneously in London and Philadelphia in the name of famine relief in Africa drew (most of) the biggest and brightest music stars the world had to offer.

In London, David Bowie performed with a new band member just for the day: Thomas Dolby, who Bowie linked up with through Kevin Armstrong, who at the time was playing guitar for the British band, Prefab Sprout.

MTV VJ JJ Jackson was able to chat with both Bowie and Dolby in a joint interview, where the two talked about everything from how they got together, to Bowie's then-recent all-nighter making "Dancing in the Street" with Mick Jagger. Bowie also spoke about the movie he was working on at the time: Labyrinth. He ends the clip by imploring viewers to continue donating money for the Live Aid cause. Watch the magic happen below.