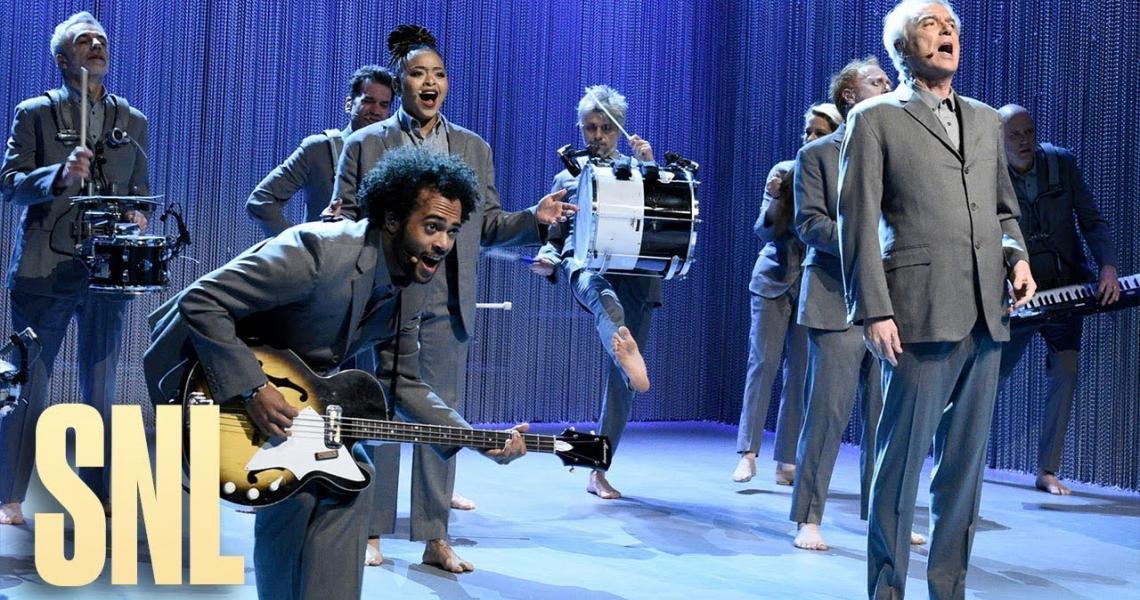 He opened his musical guest spot with the American Utopia version of the The Talking Heads' classic "Once In A Lifetime" and "Toe Jam" from the musical.

He shared his vision for the musical last year, describing, "Part of it was about movement. II knew that I could get everybody moving, I would have something different. I would have a stage completely cleared, no wires and water bottles, no mic stands or wedges or anything else. It's all about us and how we move and how we relate to one another."

He added, "There was this huge knock-on effect. It was incredibly liberating for us. It allows democratization. You can't normally have a drummer in a band come forward to the front of the stage so you can see what this person does. In this case, we could do that because there are six drummers and they can move to the front and I can move to the back. It's not like they're taking a solo, but they're up front so people can see what they do. Everybody in the whole group gets some moments where they are the focus of attention.”

Byrne continued his SNL performance in his role as the "Baggage Handler That Tosses Everyone's Baggage Into Long Island Sound" in the skit "Airport Sushi." The sketch starts with Pete Davidson attempting to buy an airport cafeteria roll of sushi before he is alerted by cashier John Mulaney and the Phantom of La Guardia (played by Kenan Thompson) who breaks into a brooding number that warns, "The expiration date is 10/18." Watch the number below.