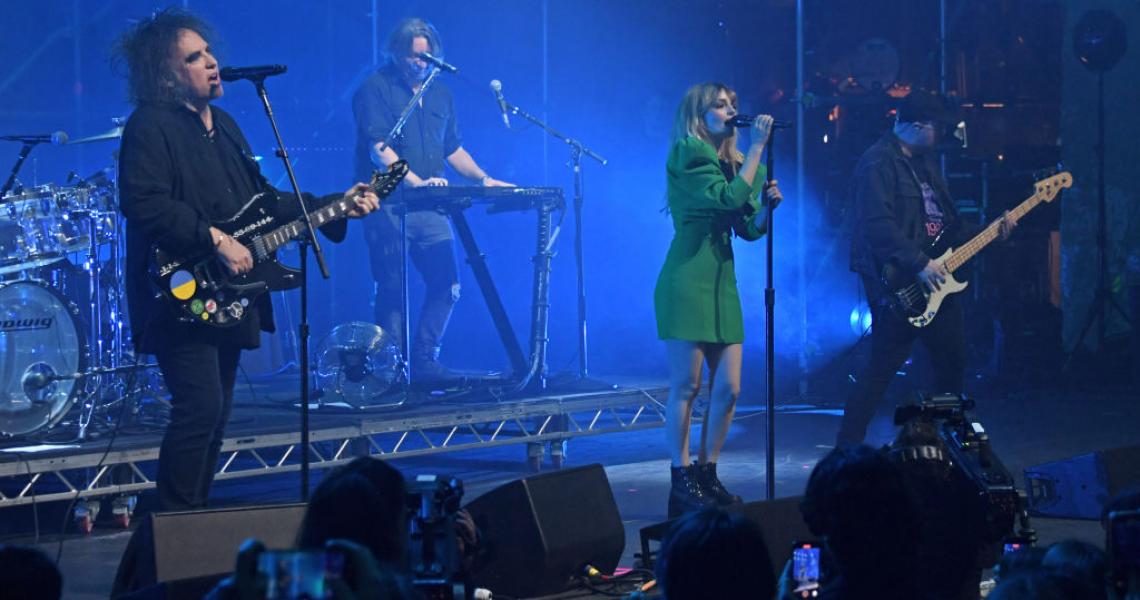 Robert Smith joined Scottish synthpop band CHVRCHES for the debut live performance of their award-winning single and a cover of a classic by The Cure - and also unveiled more tantalizing details about the Rock & Roll Hall of Fame inductees' next work.

The trio, along with Smith, took home a trophy at the BandLab NME Awards held in London last week (March 2), winning Best Song by a U.K. Artist for last year's "How Not to Drown." The moody single off fourth album Screen Violence (2021) features vocals and bass from Smith, quickly becoming one of their strongest tracks in years.

In addition to performing the song live for the first time together - Screen Violence was recorded remotely during the throes of the COVID-19 pandemic - Smith also joined CHVRCHES for a faithful yet unique cover of The Cure's 1987 favorite "Just Like Heaven," in which the band's lead singer Lauren Mayberry sang the lines Smith would attribute to the love interest in the song ("Show me, show me, show me how you do that trick...").

And backstage, Smith further teased a year of major activity from The Cure, who will tour Europe in 2022 and release a pair of studio albums - their first works since 2008. "One of them is finished,” Smith told NME. “Unfortunately, it’s the second one that’s finished! I’ve got to do four vocals, and there are 10 songs on each album. We’re mixing next month on April 1, so I’ve got three weeks left.”

He further revealed a title - Songs of a Lost World - promising the first one to offer "relentless doom and gloom" while the follow-up "is upbeat." A solo album is planned after that - but Smith assures fans it's more than talk. "It’s got artwork, it’s got a running order, it’s almost done!" he promised. "It might come in September. I’d rather it just came out. I can’t stand the anticipation!”