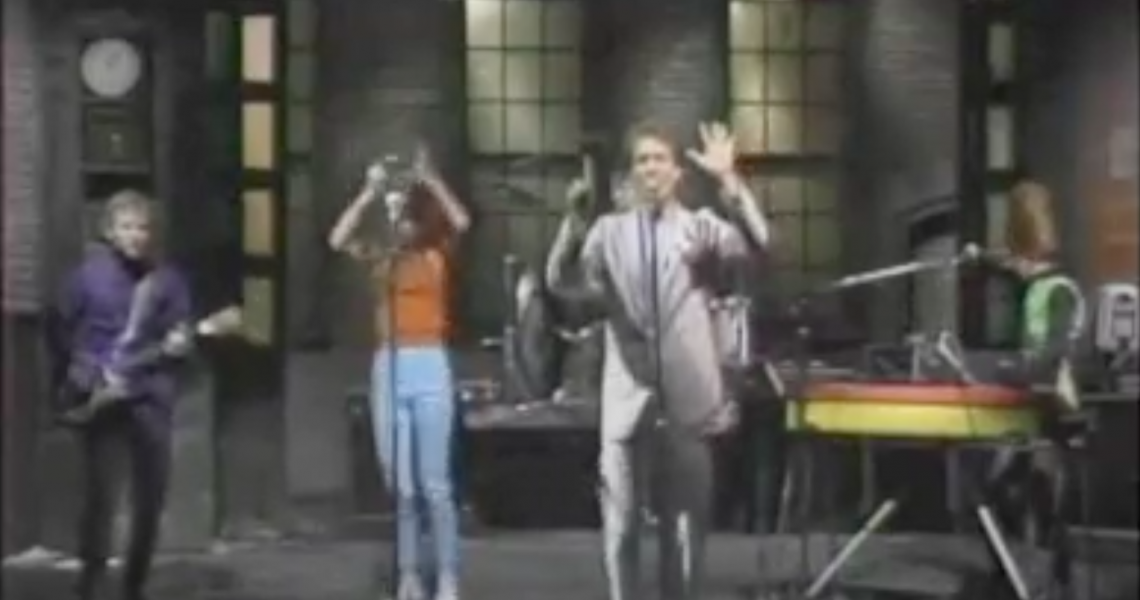 On Jan. 26, 1980 - just weeks into a new decade - The B-52’s made their first appearance on Saturday Night Live, probably blowing the minds of more than a few viewers in the process but definitely making a major impression.

It was the last year for the remaining original Not Ready for Prime Time Players, but for The B-52’s, it proved to be the start of something big for the band...even if the members – well, one of them for sure, anyway – was positively petrified at the time.

“We were deathly afraid,” Fred Schneider told Flood in 2019. “We’d never done TV before. I was just nervous as hell. I think everyone else was, too. We weren’t camera-ready like most kids today. That wasn’t us. We were new-wavers. Not prepared for mainstream anything. It changed everything for us. Our record was going off the charts, then all of a sudden it goes back up. ‘Rock Lobster’ almost made the Top 40. Our record went platinum the next summer.”

The good news is that this episode – which was hosted by Teri Garr, in case you were wondering – is one of those rare Saturday Night Live episodes where the musical performances have remained intact online - so you can actually see The B-52’s perform both "Dance This Mess Around" and "Rock Lobster"...provided, of course, that you have Peacock.

And if you don’t have Peacock, well, we still have at least a little bit of a treat for you: 10 years later, the band would make another appearance on SNL, and some kind soul has uploaded to YouTube the outtakes of Cindy, Fred, Kate, and Keith and host Alec Baldwin recording their promo for the show, and it’s pretty darned cute.