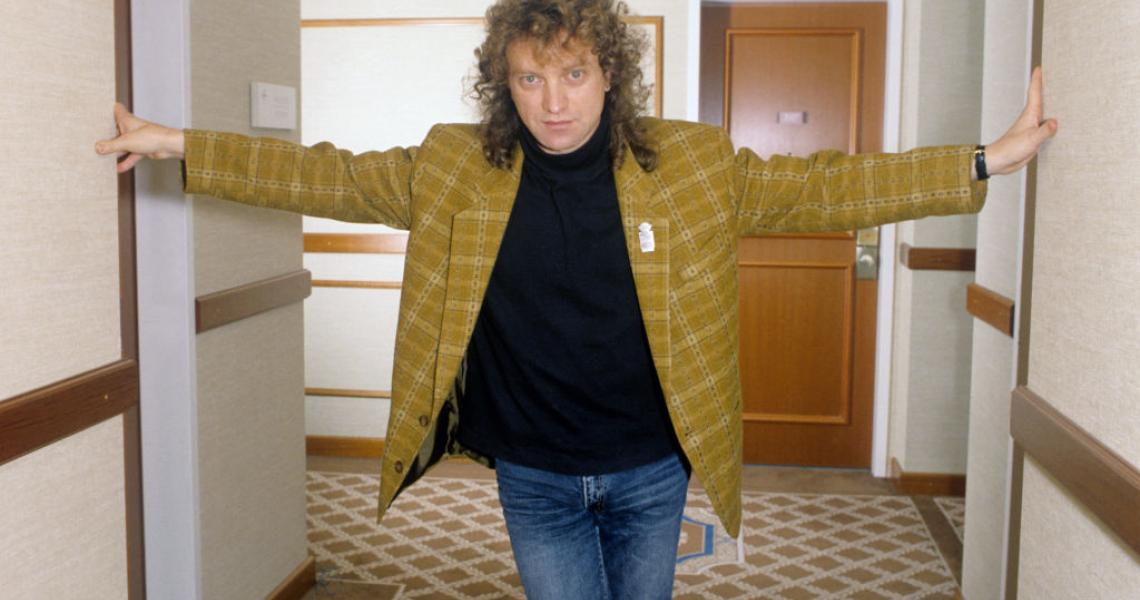 Any discussion of the best rock singers of the ‘70s and ‘80s has to include Lou Gramm, the voice of Foreigner for their first decade-plus and a great presence in arena rock when arena rock was king. Regardless of whether he was belting out a suggestive come-on or giving voice to a majestic declaration of love, Gramm’s voice was the right voice, and he made listeners believe every word.

The ‘80s were a period that saw Foreigner achieve the highest highs and then come apart as Gramm (born May 2, 1950) and guitarist/co-founder Mick Jones found it increasingly difficult to work together. As Gramm gradually transitioned from band voice to solo artist, you could hear him grow ever more confident, and the results were outstanding. Let’s listen to some great Foreigner and solo Lou Gramm songs, and revel in one of the premier voices of ‘80s rock.

Foreigner, “Urgent”: The first single from Foreigner’s fourth album (titled, get this, 4) shot out of car and stereo speakers with more than a little...um...urgency. Gramm is confident and cool on the cut, positively swaggering over the sharp guitar riffs, giving way only when Motown legend Junior Walker’s sax solo demands to be heard. It’s a classic Foreigner rock track, and it portended great things for the band in the ‘80s.

Foreigner, “Waiting for a Girl Like You”: This would be the prototypical power ballad, but it’s missing a guitar solo (de rigueur in the power ballad arts). Still, when you want to point to an example of a great rock voice employed to maximum effect on some deeply resonant material, this is where your finger goes. Gramm’s cry of love just before the fade-out is a most exquisite release; there’s little for the listener to do other than stand back and be blown away.

Foreigner, “I Want to Know What Love Is”: The first time you hear it, you think, “This sounds like a gospel song, but it’s Foreigner!” Gramm testifies like few others in rock can, revealing the uncertainty, the vulnerability in the lyric.  And then the choir comes in, and you realize you have indeed been listening to a gospel song all along.

READ MORE: February 1985: Foreigner Lands First No. 1 with "I Want to Know What Love Is"

“Midnight Blue”: Gramm’s first solo hit is a corker – not a ballad, but an honest-to-Lou rock song, one with a pulse and momentum. When the whole thing stops at the bridge (“I'll be back for you / See I'm saving up my love”), the tension builds perfectly, until the drums set the whole thing flying down the mountain again. Couldn’t ask for a better start to a new career, and Gramm took to it spectacularly.

Foreigner, “Out of the Blue”: “I Don’t Want to Live Without You” was the hit ballad from Foreigner’s 1987 Inside Information record, but truth be told, it sounded pretty lifeless (Gramm has since admitted he sang it with as little inflection or passion as possible, as a poke at Mick Jones). Not so this Side 2 cut, which should have been a hit, and on which Gramm carries the lyric up to the heavens and back.

“Just Between You and Me”: The lead cut to Gramm’s second solo album is a mid-tempo monologue to an illicit lover, one whose chorus is as big and bold as one could hope for, as big and as bold as a singer as great as Lou Gramm could deliver.