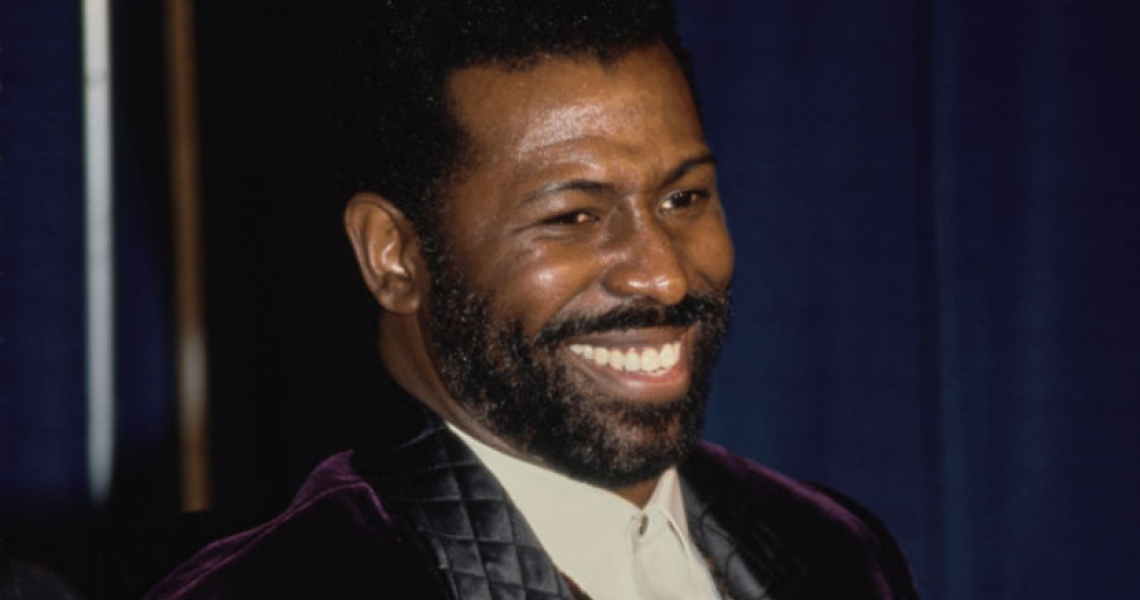 One horrible accident changed Teddy Pendergrass' life forever - but not even this tragedy would let that voice be silenced.

Pendergrass was one of the undisputed soul stars of the '70s. Born and raised in Philadelphia, he joined Harold Melvin and The Blue Notes as a drummer but quickly became the group's lead singer thanks to a raspy, impassioned baritone that conveyed deep wells of emotion. Singles like "If You Don't Know Me By Now," "The Love I Lost," "Bad Luck" and "Wake Up Everybody" became huge hits and helped define a new sound known as Philly soul. In 1977 he embarked on a solo career, releasing five platinum albums in a row and cutting romantic jams like "Close the Door," "Turn Off the Lights" and "Love T.K.O."

His life changed on March 18, 1982, while driving with a friend through his hometown. For reasons still not known, the brakes on his Rolls-Royce failed, and the car hit a guardrail, passed through the opposite lane and smashed against two trees. Freed from the wreckage after nearly an hour, the damage done to the singer's spine confined him to a wheelchair for the rest of his life. ”You feel worthless because all of a sudden you aren’t the way you once were,” he later told an interviewer. ”I cried a lot. I was angry.”

Two quickly-assembled albums of material for the Philadelphia International label, completed before the crash, kept his career afloat but also satisfied his commitments to the label. His struggle to find another record deal coincided with a round of physical therapy; while he had limited movement in his hands, the work allowed him to regain enough strength in his chest to deliver vocals almost as powerfully as he had before. His comeback album, 1984's Love Language, was warmly received by fans and featured a stunning ballad called "Hold Me," which featured a young rising singer named Whitney Houston as his duet partner. Pendergrass' profile was raised even higher a year later when he made a surprise appearance at the all-star benefit concert Live Aid. In a show defined by powerful moments, soul singer/songwriters Ashford & Simpson brought a visibly emotional Pendergrass onstage to join them for a powerful version of their '70s hit for Diana Ross, "Reach Out and Touch (Somebody's Hand)."

But longtime fans might not have expected what might have been his greatest triumph of the decade: the electro-funk slow jam "Joy," released in 1988. Marked by some of Teddy's most confident vocals and a killer low-end provided by writer/producers Reggie and Vincent Calloway (who'd have a hit of their own a few years later with dance cut "I Wanna Be Rich"), "Joy" dominated the soul charts with easy authority, giving Pendergrass his first R&B No. 1 in a decade. Pendergrass would continue to record through 2006, upon which he announced his retirement; he died four years later after suffering respiratory issues. He was only 59 years old. But as is so often the case, the light and power in his music will never go away.