The Tragedy Behind The B-52's 'Bouncing Off the Satellites' 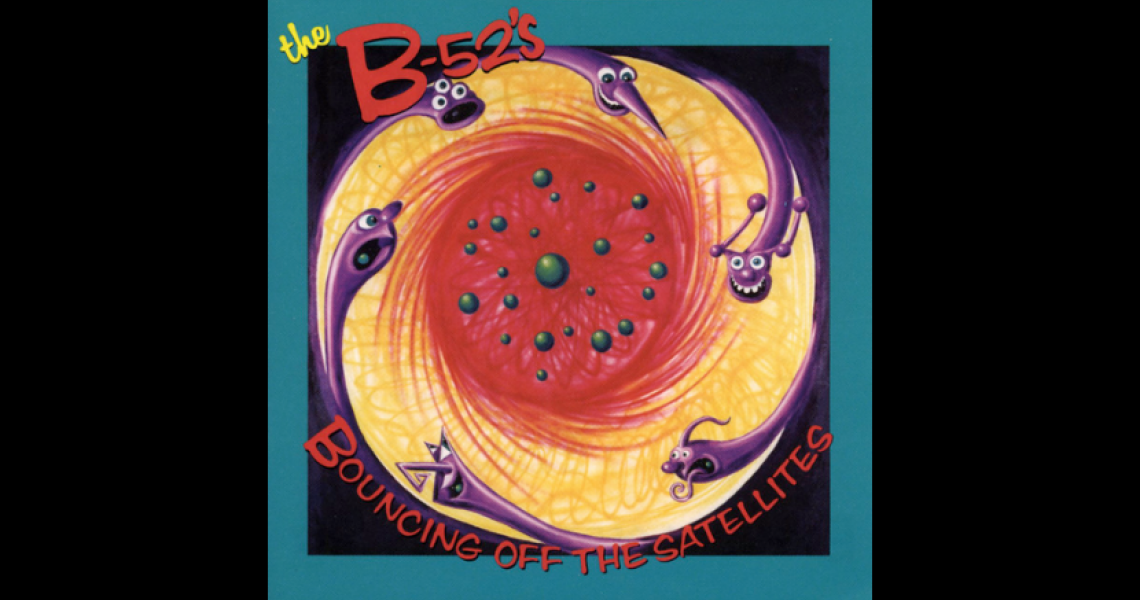 On Sept. 8, 1986, The B-52’s released their fourth studio LP, an album which scored a Top 5 hit on Billboard's Dance Club Songs chart, but it’s generally remembered for a more melancholy reason: it was the final album to feature guitarist and founding member Ricky Wilson.

Produced by Tony Mansfield (with a little help from Shep Pettibone) and recorded at New York City’s Sigma Sound Studios, Bouncing Off the Satellites was an album which took some time to come to fruition. Yes, Wilson was sick – he was battling AIDS, although he kept his illness from all of his bandmates except for Keith Strickland – but the issue was more to do with their struggle to write new songs together. Their solution? Writing new songs apart.

Not unlike the album which had preceded it (Whammy!), Bouncing Off the Satellites was once again heavy on synthesizers and drum machines, but that wasn’t the only thing changing for The B-52’s.

“This was the first time [Warner Bros.] ever said to us, ‘Just go back and write a hit,’” Kate Pierson told The A.V. Club in 2011. “The first time they ever messed with us at all or said anything. They just took everything we did as-is, because who could categorize us, you know? We were just so weird!”

In the end, whether they’d written a hit or not didn’t really matter: when Ricky died on October 12, 1985, the release of Bouncing Off the Satellites was pushed...like, to a degree where there was some question whether it might just be shelved altogether.

“We knew we couldn’t tour for Bouncing Off the Satellites,” Pierson told the A.V. Club. “Fred and I did some promotional stuff and went to Europe and did some interviews, but we couldn’t tour.”

In one of those appearances, Pierson and Schneider lip-synched a performance of “Wig,” and despite the inclusion of other individuals wearing wigs and ostensibly playing instruments, it should be evident to longtime fans of the band that none of these folks are members of the group.

“It was suggested by some people in the business, ‘Just get another guitar player,’ but we just couldn’t do that, so I think the record company just assumed ‘That’s it,’ so they didn’t even really promote Bouncing Off the Satellites,” continued Pierson. “But then ‘Summer of Love’ started going up the dance charts, and Steve Baker, who was at Warner Bros., told me he was running up and down the hall going, ‘Why aren’t we promoting this?’ But they just weren’t.”

In a 2019 interview with Classic Pop Magazine, Cindy Wilson acknowledged of the label, “They expressed sorrow later for how they didn’t push ‘Summer of Love,’” but even despite Warner’s failure on that front, the song still hit No. 3 on Billboard’s Dance Club Songs chart. The European appearances by Pierson and Schneider led to “Wig” becoming a very minor U.K. hit, with the song hitting No. 79, and “Girl from Ipanema Goes to Greenland” was released as a single and received college airplay, but it failed to actually chart despite its typically wacky video.

When all was said and done, Bouncing Off the Satellites made it no higher than No. 85 on the Billboard 200 before beginning its descent, after which The B-52’s...didn’t exactly call it a day, but nor did they actively do much to dissuade anyone from the suspicion that they’d broken up, so distraught were they by the death of Ricky Wilson. Thankfully, the band decided to give it another go, and the resulting album – 1989’s Cosmic Thing – proved to be the biggest LP of their entire career.