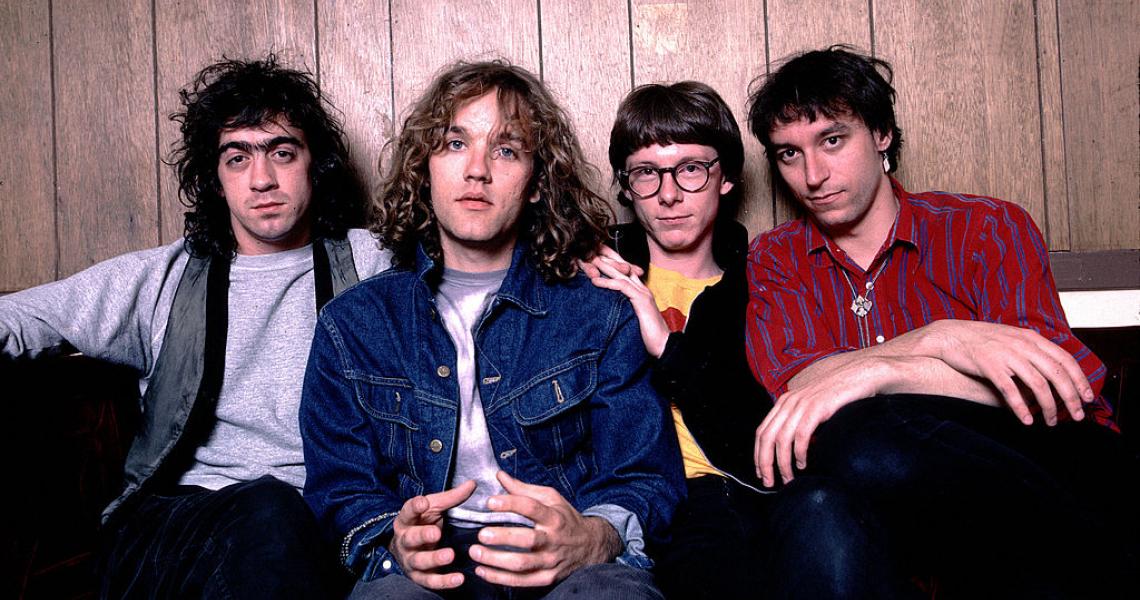 The Totally 80s Podcast is back to help define another richly diverse sub-genre of music from that decade: "college rock."

So named for its ubiquity on radio stations at colleges and universities across America, "college rock" encompassed a wide variety of rock styles that helped influence an explosion of unique bands not only during this decade, but in the next as well. R.E.M., U2, the Pixies and others ended up becoming stadium-filling acts, MTV shows like The Cutting Edge and 120 Minutes helped expose lesser-known bands, and rock pivoted back to "cool" status after nearly a decade of comparable excess.

For the first of a two-part college rock chat, Lyndsey Parker and John Hughes welcome back writer Annie Zaleski as a special guest. Already known for her authoritative look at Duran Duran's Rio, Annie's bona fides also extend to this genre as well: she's written liner notes for the 25th anniversary edition of R.E.M.'s Out of Time and the Game Theory rarities collection Across the Barrier of Sound: Postscript.

Hear the trio share their memories of DJing on and off-campus and so much more in this episode, available here or wherever you get your podcasts!