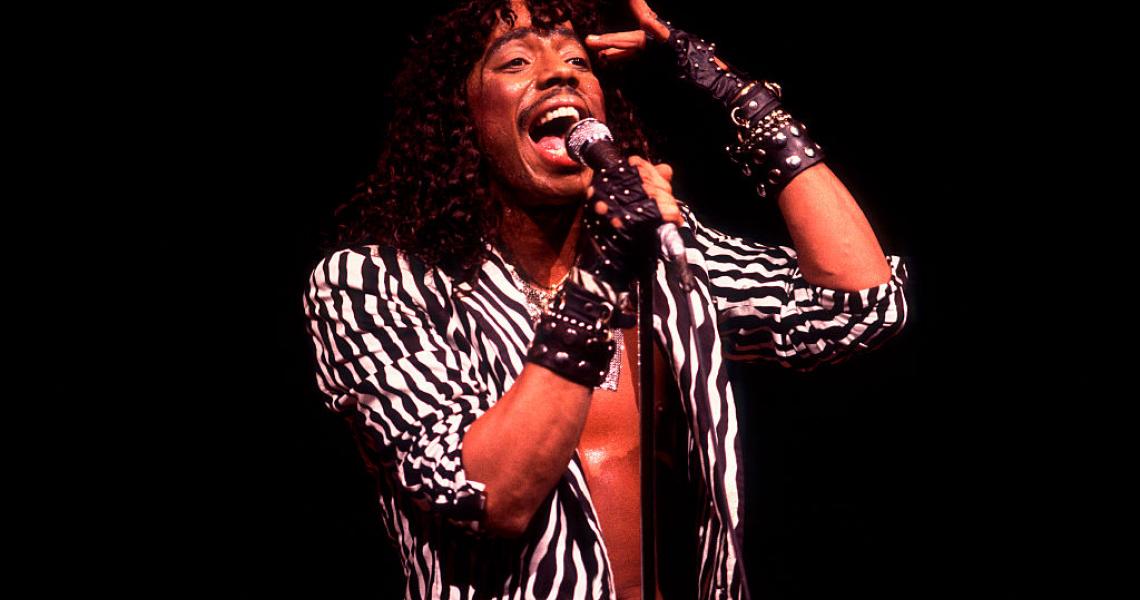 Rick James wasn't exactly shy about his expectations. As he declared to Rolling Stone in 1981, "I wanna make Paul McCartney white-boy money!"

After his explosive debut with 1978's Come Get It!, the punk provocateur delivered three albums over the next two years. Although he secured mild commercial success along the way, but James entered a creative lull, considerably due to his weakness for drugs. But James rediscovered the road to success one late, late night (early dawn) as he crafted the songs for his fifth album Street Songs, including "Give It To Me Baby," when inspiration for an infection bassline dawned on him.

"It was about three in the morning. We had just put the horn parts on 'Give It to Me Baby' when I was sitting in front of the console with my bass. I wasn’t trying to write. I was just noodling," the singer shared in his posthumous autobiography. "This bass line came out of nowhere. Four descending notes. Nothing particularly striking. It was cheesy, but it was also catchy. I couldn’t stop playing it. At the same time, I started singing, 'She’s a very kinky girl…'

He continued, "I kept playing the riff and realized that it was hypnotic. Right then and there I had the engineer hook up a mic and started singing the story as it came to me — this story of a super freak. I never wrote down a word. Made it up on the spot."

After writing the tune alongside Alonzo Miller, James enlisted the mighty Motown's Temptations for background vocals, including his own uncle, Melvin Franklin. Filing the song with New Wave keyboards, throbbing bass and a personal manifesto, James re-upped the pop funk flavor in "Super Freak," which was released in his self produced album Street Songs on April 7, 1981.

Though "Give It To Me Baby" was the album’s only No.1 single on the charts, the song would merely set the stage for the album's most iconic release, "Super Freak," which reached No. 3 on Billboard's R&B Singles Chart. The manic, salacious song also scored James a Grammy nod for 1982's Best Rock Male Vocal Performance, which lost to Rick Springfield’s "Jessie’s Girl."

The song would make its return to the spotlight years later when MC Hammer heavily sampled the tune's intro for his global smash hit "U Can't Touch This" in 1990. After suing Hammer and receiving a songwriting credit for the track, James would receive his only Grammy win in 1990 when "U Can't Touch This" was awarded Best R&B song during the 33rd Annual Grammy Awards.