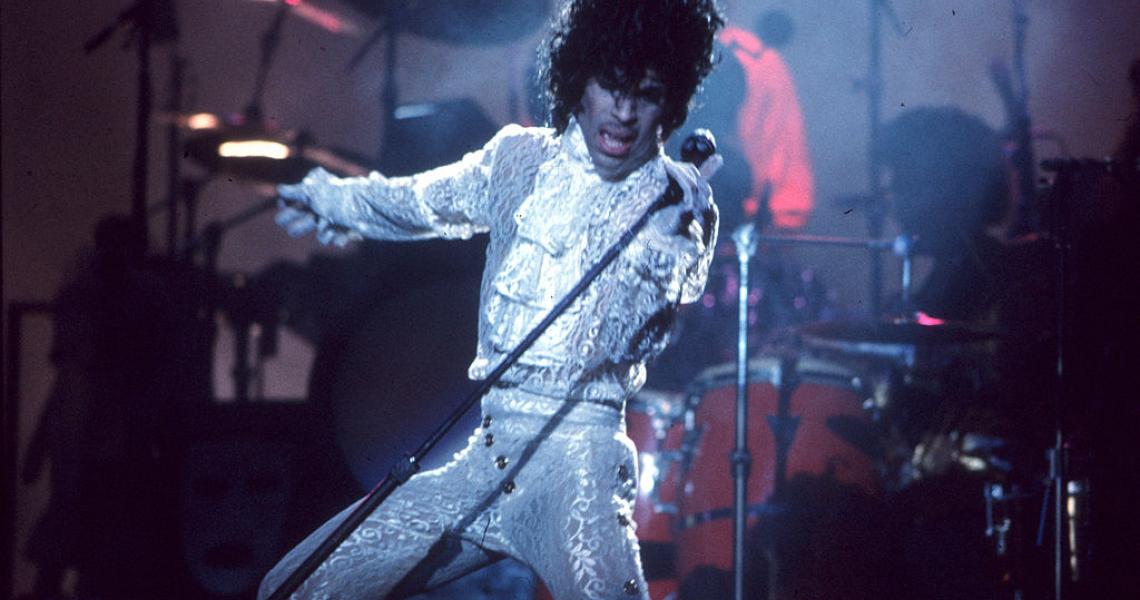 As 1985 was winding to a close, Prince was still riding the same ferocious creative high that had made him an international superstar a year earlier with the release of Purple Rain. The tour supporting the album and movie was still in full swing when the artist released "Raspberry Beret," the first single from his next full-length studio effort.

RELATED: April 1985: Prince Shocks with the New on "Around the World in a Day"

The tour was barely a memory when Prince and the Revolution dropped Around the World in a Day in April 1985, a psychedelic pop explosion that was a stunning hard left turn from the music for the masses that was Purple Rain.

"America" was the fourth and final single from Around the World in a Day, released on October 2, 1985. A typically wry commentary on the state of the nation, the hard-charging blast of guitar rock grew out of a jam with the Revolution.

"They would jam it for 15, 20, 30 minutes, We were working at the top of a reel of tape of 30 in a second, which gave us roughly 16 minutes; we ran until the tape run out," legendary Prince studio engineer Susan Rogers told Uncut magazine. "The band would get a groove going and just play, he might call out changes, and the song would fall from rehearsal."

The song did arrive with an electric live performance music video shot on October 27, 1985 during a special show in Nice, France at Théâtre de Verdure. The clip was the focus of an MTV special that also featured the legendary Prince interview with the artist surrounded by fans.