The Music of 'The Lost Boys' Sure Doesn't Suck! 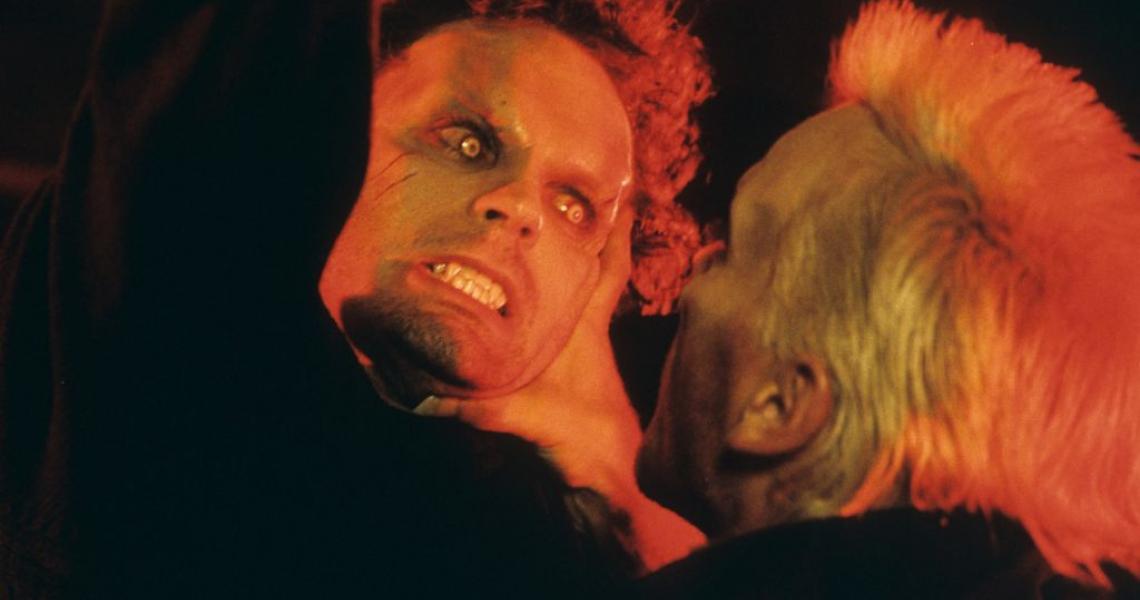 If there’s one thing pop culture hasn’t had in short supply over the course of the past several decades, it’s vampire-related content, but during the 1980s, there were really only a handful of films featuring these famous bloodsuckers which stood tall, and the one that’s probably best known to most is the 1987 classic The Lost Boys.

Yes, we realize that “classic” is relative, but for those who came of age in the ‘80s and leaned in a darker direction for both their choice of music and movies, The Lost Boys was definitely one of the most memorable films of the era, thanks both to the sexy vampires – Kiefer Sutherland! Jason Patric! Jami Gertz! – as well as the songs on the soundtrack. Here are our picks for the six songs on the soundtrack to the film that still pack a punch even now.

Jimmy Barnes and INXS “Good Times": Originally recorded by The Easybeats in the 1960s, this track brought together the up-and-coming Australian band INXS with one of their countrymen whose U.S. profile at the time was negligible. To be fair, Barnes’ profile on these shores still isn’t as substantial as it should be, particularly considering that he holds the record for the highest number of hit albums of any artist in the Australian market. But, hey, at least we’ve got this kick-ass rocker.

Lou Gramm, “Lost in the Shadows (The Lost Boys)”: Foreigner's frontman belts out this semi-theme to the film - although for as strong a performance as it is, it’s also a reminder that having the title of the film in your song doesn’t immediately make it the song most associated with that film.

Echo & The Bunnymen, “People Are Strange”: This Doors cover has serious street cred as a result of being produced by The Doors' own Ray Manzarek, but it’s also just a great cover all around, climbing to No. 29 on the U.K. singles chart and then to No. 13 on the Irish singles chart a few years later.

Gerard McMann, "Cry Little Sister": Now this is the real theme song to The Lost Boys. In fact, it’s even parenthetically described as such on the album cover, lest there be any confusion. Although credited here to Gerard McMann, fans of the film have since come to know him better as G Tom Mac, and he’s continued to record music ever since, including penning tunes that have appeared in such series as Witchblade, The Shield, and Scrubs.

Tim Cappello, “I Still Believe": Known famously as the Sax Man for his oiled-up appearance in the film (as well as on tour with Tina Turner), Cappello’s rendition of this song by The Call ultimately eclipsed the original version for most Lost Boys fans, but if you’ve never heard the original, you might be surprised at how much less sax it features.

Mummy Calls, “Beauty Has Her Way": Produced by Hugh Padgham, this song by British band Mummy Calls was penned by drummer Paul Brook and frontman David Banks. While the band broke up not long after releasing their self-titled debut album on Atlantic Records, Banks has since gone on to become a solo artist as well as an author.