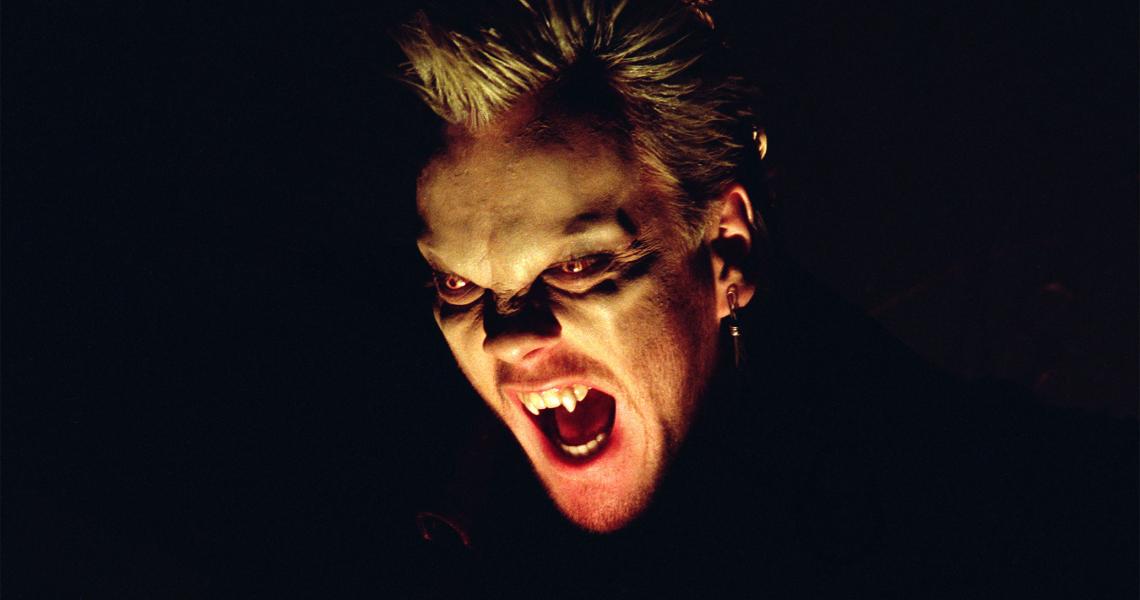 It was on July 31, 1987, when the hottest movie of the summer swooped into movie theaters across America: The Lost Boys. Starring Jason Patric, Kiefer Sutherland, Dianne Wiest, Corey Haim and Jami Gertz, the teen vampire flick was as much a comedy as a thriller, and powered with a rock and roll soundtrack to keep young audiences enthralled.

While not exactly a critical success, it connected quickly with moviegoers, soaring to the #2 spot on the opening weekend box office chart. The only movie that kept The Lost Boys from #1 with James Bond film, The Living Daylights.

The Lost Boys arrived with a star-studded soundtrack featuring modern bands covering classic tracks. One of the biggest songs on the soundtrack was Echo and the Bunnymen's take on the Doors' "People Are Strange."

INXS teamed up with fellow Aussie Jimmy Barnes' to record a version of the Easybeats' 1968 single, "Good Times." The tune reached #2 on the Australian Charts.

The most famous musical performance in The Lost Boys was from a shirtless Tim Capello,  wielding his saxophone for "I Still Believe," originally by The Call.