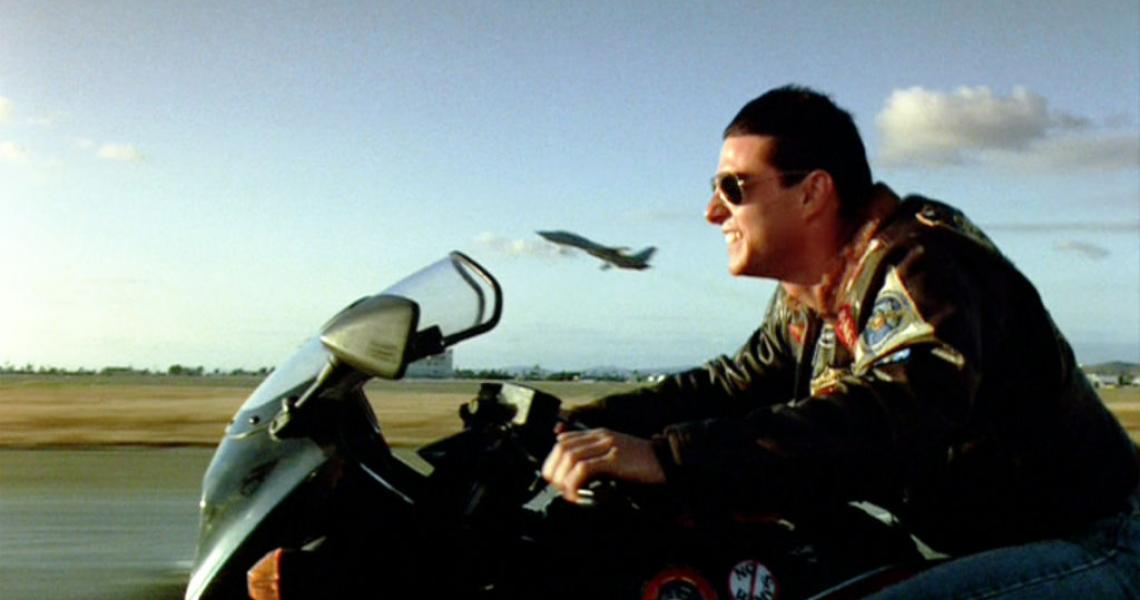 Time to fire up those jet engines and rocket through five fun facts about one of the most popular movies in American history.

1. Matthew Modine walked away from the role of Maverick
A bevy of big Hollywood actors were considered for the iconic role eventually landed my Tom Cruise: Patrick Swayze, John Cusack, Michael J. Fox and Sean Penn among them. Modine turned down the part because he felt it went against his anti-war beliefs. He went on to star in Full Metal Jacket instead.

2. Tom Cruise put his hands on the movie's screenplay before taking the part of Maverick
"I liked it," Cruise told Rolling Stone in 1986 about his script additions, "but it needed a lot of work. I was worried. I said, 'After two months, if I don't want to do it, the script's gonna be in good enough shape, and you'll have more of a sense of what you want to do. And there are other actors.'" His confidence and script-doctoring abilities helped him score the role.

3. The Top Gun soundtrack was almost as popular as the movie.
The #1 soundtrack and #21 album of 1986 hit #1 on the Billboard charts for five non-consecutive weeks, and spawned a gang of hits. Berlin's #1 hit, "Take My Breath Away," won both the Grammy and Golden Globe awards for Best Original Song. Kenny Loggins peaked at #2 on the Hot 100, kept from the top spot by Peter Gabriel's "Sledgehammer." It's a song that both Toto and REO Speedwagon passed on before Loggins wisely snatched up the Giorgio Moroder-penned and produced track.

4. #TopGunDay is a thing that's happening on Twitter
The movie's official Twitter account has launched Top Gun Day to celebrate the biggest movie of 1986. Even one of the film's stars, Tom Skerritt, is getting in on the fun.

5. The restaurant used in many of the movie's biggest scenes burned down in 2008
San Diego's Kansas City Barbeque was the place where Maverick and Goose rocked Jerry Lee Lewis' "Great Balls of Fire." It's also where Meg Ryan delivered the legendary line, "Goose, you big stuuuuuud! Take me to bed or lose me forever!" In 2008, a devastating fire gutted the building. No one was injured, but countless movie props and memorabilia was lost forever. The bar was able to rebuild and reopen in November 2008.