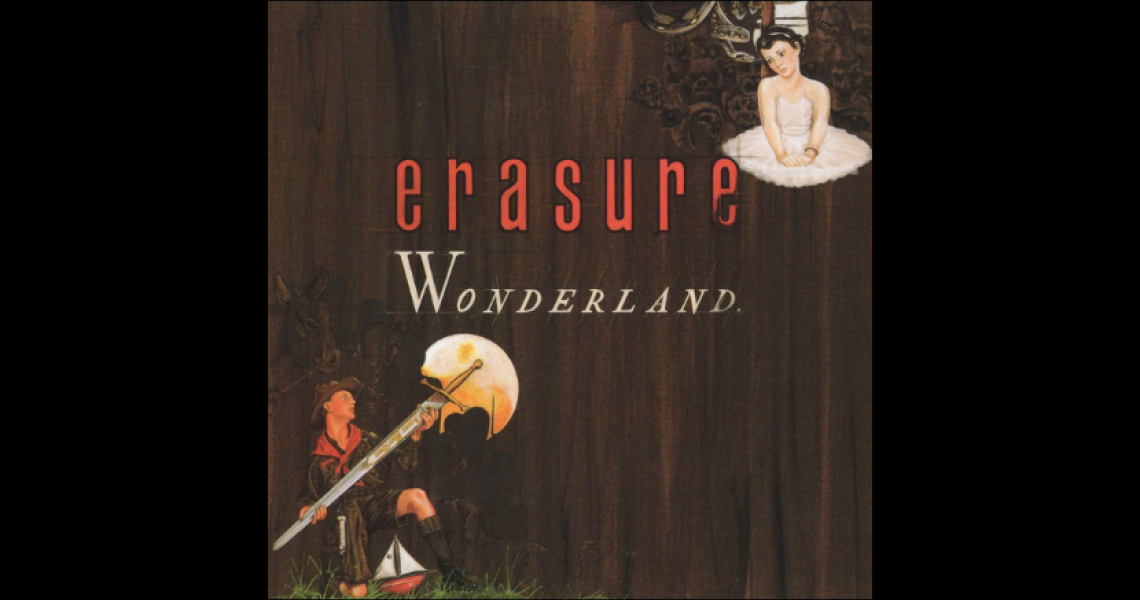 In May of 1986, Erasure released their debut studio album - and we’d be remiss if we didn’t draw attention to the 35th anniversary of such a high-profile synthpop album.

Produced by Mark Ellis, better known to music fans as Flood, Wonderland was an album that was highly anticipated by fans of Depeche Mode and Yazoo, and while some of you are probably nodding and saying, “Yep, it sure was,” there are doubtlessly others muttering, “I don’t get it.”

To explain, Erasure consists of two gentlemen - Vince Clarke and Andy Bell - and Mr. Clarke was a founding member of Depeche Mode, remaining with the group through the release of their Speak & Spell album, leaving behind such delightful pop tunes as “Dreaming of Me,” “Just Can’t Get Enough,” and "New Life” before his departure. From there, Clarke joined forces with Alison Moyet to form Yazoo - or Yaz, as they were known in the U.S. - and released two albums before the duo disbanded, at which point Clarke teamed with Eric Radcliffe to create a new musical collective called The Assembly. (You may remember their lone hit single, “Never Never,” which featured vocals from Feargal Sharkey.

Ah, but we digress: what’s most important at this point in the discussion is that Clarke decided to put an ad in Melody Maker in early 1985 to find a singer. He succeeded beyond his wildest dreams: Andy Bell saw the advertisement, turned out to be a fan of Clarke’s previous work, and the twosome began a collaboration which continues to this day.

Surprisingly, Wonderland, Erasure’s debut album, was not an instant smash. In fact, none of the three singles released from the album - “Who Needs Love Like That,” “Heavenly Action,” and “Oh L’amour” - charted in either the U.K. or the U.S....at least right away. In 1992, “Who Needs Love Like That” belatedly became a U.K. Top 10 hit when it was re-released in conjunction with Pop! The First 20 Hits, while “Oh L’amour” became a U.K. Top 20 hit in 2003 when it was reissued to coincide with the release of the group’s next best-of collection, Hits!

As far as Wonderland itself goes, it did at least chart in the U.K., even if it only hit a high of No. 71, but it must be said that both Germany and Sweden were on the Erasure train from the beginning: the album hit No. 20 on the German albums chart and made it to No. 13 on the Swedish albums chart.