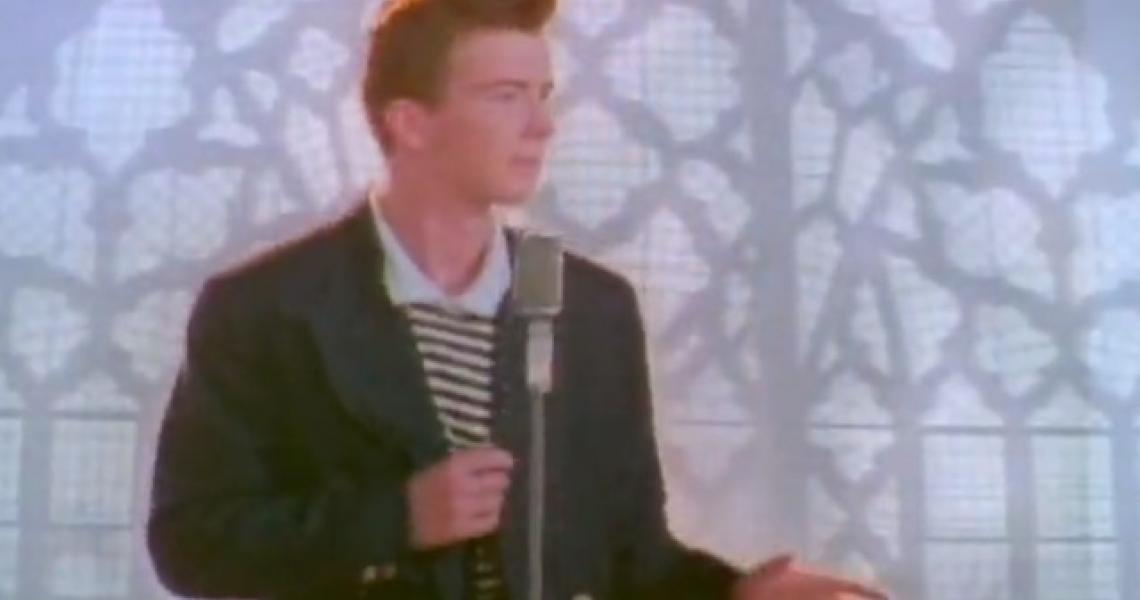 Over three decades ago, 21-year-old Rick Astley scored a worldwide No. 1 in 25 countries with "Never Gonna Give You Up," armed with irresistible dance moves and his trademark quiff.

A worldwide smash that topped the UK charts before also hitting No. 1 in US, Sweden, Norway, Holland, New Zealand and Australia, the dance floor staple would eventually reign as one of the best-charting single of the 1980's.

Released as a single from his debut album Whenever You Need Somebody, the signature song premiered July 27 in '87, giving the world a first impression of the youthful singer they would never forget.

I literally just turned up with my clothes. I hadn’t even made any money." Astley recalled to Rolling Stone of the music video. It wasn’t like I was [shopping] in the coolest shops in London. … Me doing whatever I was doing in the “Never Gonna Give You Up” video and “Together Forever."

Catapulting Astley to superstar fame, "Never Gonna Give You Up" became such a viral hit that his iconic long white raincoat from the music video was stolen from him in the madness of the tsunami-strength fame.

He no longer has the souvenir, sharing "Somebody stole it off me in Northern Ireland. We [played] a radio broadcast outside and it got swamped. There were a couple of policemen, but it all went just a bit mad. Everyone was grabbing hold of me and before I knew it, it just went off of me."

Though he took an abrupt break from the music industry altogether at the age of 27, he eventually returned - as most pop stars do - with his soulful pop collection 50.

The Internet never forget about the 80's pop hero even when he went off the record with the invent of rickrolling - an online prank of unexpectedly hyperlinking people to Astley dancing around in his unforgettable 80's raincoat.

First Rickroll#OnThisDay in 2007, the first trailer for GTA IV launched on @RockstarGames website. So many people attempted to watch it that the website crashed. @4chan used the no-longer-functioning link to redirect viewers to the @rickastley video "Never Gonna Give You Up" 🎵 pic.twitter.com/Ni1MMjOx8R