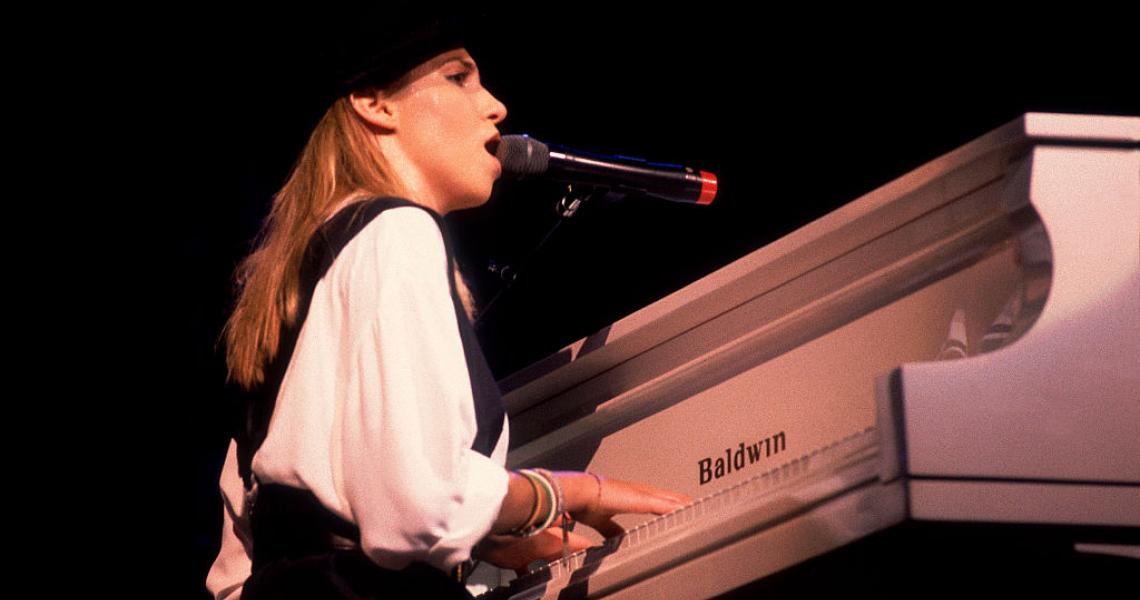 In the late '80s, it was all too easy for the cool kids to turn up their noses at Debbie Gibson as mere mall music, but…well, actually, that's not entirely inaccurate, given that she and Tiffany were actually a major draw on the mall circuit right around the time Out of the Blue was released. Still, it’s just as easy for Debbie's defenders to make a completely valid point: she was an incredibly talented teenager, and if she wasn't necessarily turning out prog rock, she was still doing it herself, which is more than a lot of vapid record company creations can say for themselves.

No, “Foolish Beat” didn't make you want to hit the dance floor the way singles like “Only in My Dreams,” “Shake Your Love,” or “Out of the Blue” did. It was a ballad, a straight-up sob story belted out in a way that only Debbie could deliver it.

So what was it about the song that sent it to the top of the charts? Probably because it served as the soundtrack to a million failed teen romances, helping countless girls to realize that they weren't the only ones who'd experienced heartbreak. Sure, it's a little cheesy, but when you're in your teens, that's what romantic sentiments are all about.

“I find that people have kept (‘Foolish Beat’) with them,” Gibson told Billboard in 2013. “I think it’s because the lyrics are simple, but you can fill in the blanks with your adult experience. I know that I can as a singer now. When I was writing it, I was guessing what love would be like...and then also guessing what it would be like to lose love. Now that I’ve been through all that, I can sing the very simple lyrics and really fill it.”