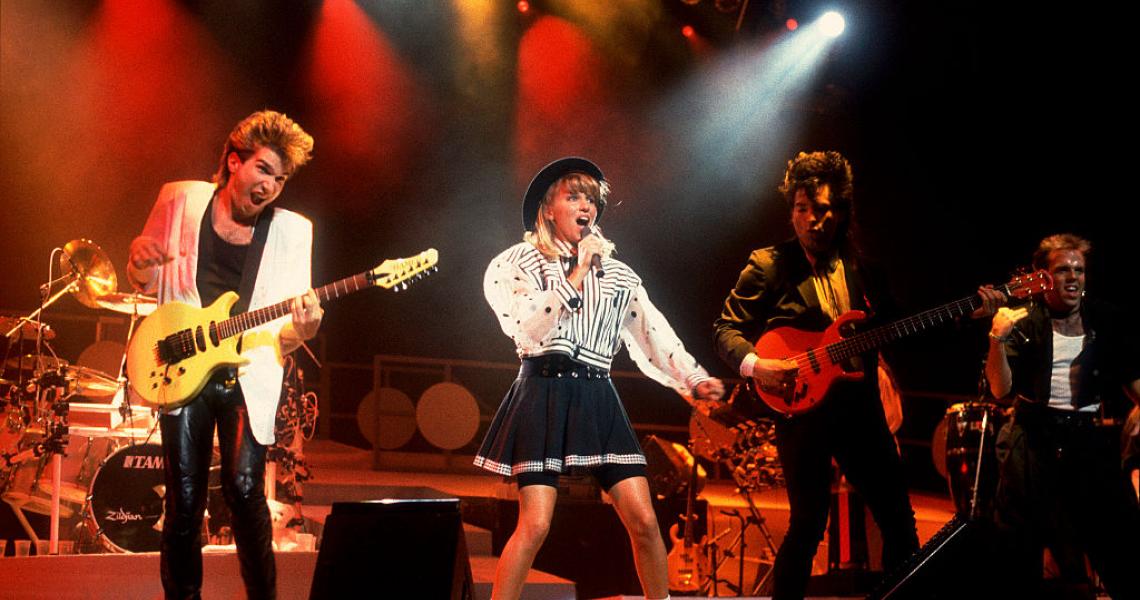 On Sept. 5, 1987 - just a few days after her 16th birthday - Debbie Gibson's very first single climbed all the way to the No. 4 spot on the Billboard Hot 100. This, of course, would qualify as impressive for anyone - but it becomes staggeringly so when you consider that she did it almost entirely by herself!

“Only in My Dreams” was written by Gibson in 1984, two years before she actually recorded it for her debut album, Out of the Blue, but when she spoke to Rhino in 2014, she was quick to credit her producer for taking her composition and making it such a success. “Fred Zarr, who produced and co-produced all those hits with me, he took what I was doing in my garage on the four-track and elevated it to what you heard on the radio,” Gibson said. “He really helped facilitate my vision, fine-tune it, and elevate it, so I really hold him responsible for that sound.”

In the U.K., “Only in My Dreams” didn’t immediately find success...or even close: it didn’t even crack the Top 40. Thankfully, the song was reconsidered and given a second chance by British listeners after “Shake Your Love” went into the Top 10, ultimately making it to No. 11.

If you’re doing the math, though, you may have realized that the song actually didn’t find immediate success in the U.S., either.

“’Only In My Dreams’ came out and everyone went, ‘She’s an overnight sensation,’ and meanwhile it was actually 65 weeks after its release that it went (to No. 4),” Gibson told Popdose in 2012. “And it was 65 weeks of pounding the pavement and shaking every radio program director’s hand around the country and singing at every free radio event and you really had to show up. Now, I think that artists do more select dates and they do the big awards shows and again, with the power of YouTube, things [just happen so much faster]. In a day, one performance can spread like wildfire, whereas it used to be that when you did a live performance, it was just live, it was just a moment in time for those people that were in the audience and no one else ever saw it.”

As it turned out, “Only In My Dreams” was the first of five Top 5 hits Gibson would achieve on the Billboard Hot 100, including two chart-toppers: “Foolish Beat” and “Lost in Your Eyes.” Still, you never forget your first time, so we’re guessing that Debbie looks back on “Only In My Dreams” as fondly her fans do. After all, how many songwriters see their dreams come true with the release of their very first single?