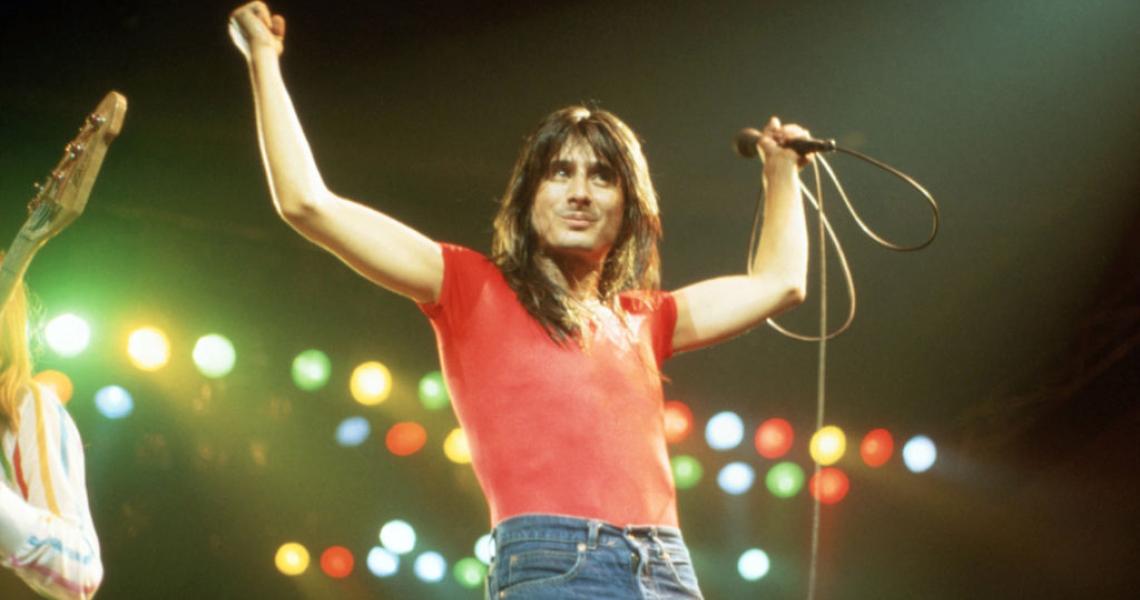 Some of Journey’s biggest hits in the ‘80s were ballads – “Open Arms,” of course, but also “Faithfully” and the slow-burning, mid-tempo “Who’s Crying Now” and “I’ll Be Alright Without You,” among them. Singer Steve Perry (born Jan. 22, 1949) had the kind of voice that perfectly wrapped itself around slower songs, and his preference for this kind of song popped up occasionally in his early records with the group. However, after Perry’s first solo album (1984’s Street Talk) and for the remainder of his time in the band, Journey’s music followed this course – 1986’s Raised on Radio was full with great, though mid-tempo, songs and ballads.

The thing was, Journey was a rock band, and Steve Perry was a rock singer, and before the hits they churned out became slow-dance staples, much of their output had loud guitars up front, with faster tempos pushing matters. Perry’s voice was a flexible weapon, capable of low-register maneuvers and high-note theatrics, sometimes in the same song. There are some wonderful examples of this in his ‘80s output, both with the band and on his own. Let’s check out a few.

“Any Way You Want It”: This was Journey’s best-known song, before the big hits started coming. Perry delivers the instantly memorable chorus with gusto, punctuating lines with ad-libbed “ohs” and “any ways.”

“Stone In Love”: The track that falls between “Don’t Stop Believin’” and “Who’s Crying Now” on 1981’s Escape is a soaring rocker on which Perry’s vocal is every bit the match for Neal Schon’s wicked-cool guitar work.

“Escape”: The title track to Journey’s biggest record was a tale of rebellious youth emerging from hardscrabble beginnings to embark on some bigger fortune. The guitars are cranked to near-metal volumes and distortion, and Perry hits the high notes on target every time. “Escape” is a great, under-recognized track from one of the band’s very best albums.

“Separate Ways (Worlds Apart)”: Goofy video aside, “Separate Ways” is one of Journey’s best songs, authoritative and muscular, with a fantastic hook (that keyboard riff) and majestic chorus. Perry gets stronger as the track progresses, from the regret of the verses, through the choruses, to the shouts of “No!” as the band pushes toward the end. One of the best straight-up rock songs of the early ‘80s.

Steve Perry & Kenny Loggins, “Don’t Fight It”: Perry steps out from the day job and joins Jim Messina’s former duet partner (pre-”Footloose” and -”Danger Zone”) in a kicked-up conversation on alcohol, women, and having a good time. On Perry’s second verse, he tells us “There’s nothing wrong with raising some hell,” only he stretches the word hell into two syllables (heh-hell), almost chuckling it, with evil intent. All this goes on while Pat Benatar’s guitar-playing hubby Neil Geraldo comps merrily behind him, waiting for the chorus, when he can blast off one more time. It’s an arena-rock summit meeting, with all present and accounted for.

“Be Good to Yourself”: The softer feel of much of Raised on Radio gives way to some harder-edged stuff on this feel-good anthem. To hear Perry’s voice coming out of the radio in the spring of 1986, backed by Schon and keyboardist Jonathan Cain, was a welcome thing, indeed.