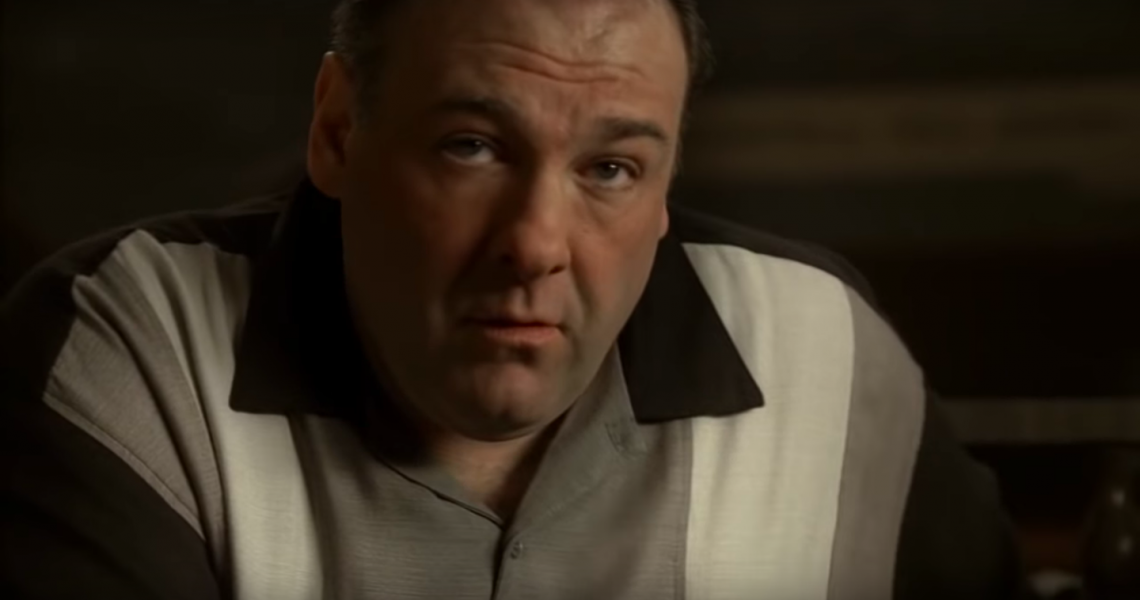 Before June 10, 2007, Journey's "Don't Stop Believin'" was a fair hit in its time, albeit only the third highest-charting Top 10 from their blockbuster Escape. ("Open Arms" and "Who's Cryin' Now" charted higher.) Then The Sopranos aired its final episode, "Made in America" - and everything changed.

In the episode's final moments - spoiler alert! - Tony Soprano and his family sit down at a Jersey diner while the song blares in the background. The mob patriarch is in a bad spot: his uncle Junior's health is failing and one of his capos is planning to cooperate with the FBI. After his son urges him to "remember the good times" and the song crescendos to its famous title lyrics, we're aware that some troublemakers might be lurking among the diner patrons - but we never find out if anything happens. After a final "don't stop" and an abrupt cut to black, the series is over.

This iconic TV moment - and how to interpret it - has been the subject of much debate in the years since. But it's hard to argue the major boost it did for what is now, handily, Journey's biggest hit. Downloads of the sale went through the roof - an increase of some 482% - and it helped the band become a force among touring rock bands. (Ironically, within days of the finale, the band let go their current lead singer, Jeff Scott Soto, and would hire current vocalist Arnel Pineda later that year off the strength of Journey covers he posted on YouTube.)

But it almost didn't happen. Series creator David Chase needed to get the permission of the track's writers - and while original guitarist Neal Schon and keyboardist Jonathan Cain were on board, estranged frontman Steve Perry - himself a fan of the show - needed convincing. "I was not excited about (the possibility of) the Soprano family being whacked to 'Don't Stop Believin',' the singer said afterward. "Unless I know what happens - and I will swear to secrecy - I can't in good conscience feel good about its use." Indeed, Perry only approved the song's use days before the episode aired, and didn't even tell his family what was coming.

Though Chase has never definitively answered what happens to Tony at the end of the series, he's said the song is a clue for what he was trying to go for. "The ceiling I was going for at that point, the biggest feeling I was going for, honestly, was don't stop believing," he said in 2015. "It was very simple and much more on the nose than people think. That's what I wanted people to believe. That life ends and death comes, but don't stop believing."

These days, however, it's hard to hear "Don't Stop Believin'" and not just think of Perry's golden voice or wherever "South Detroit" is on a map. You're also remembering the good times - maybe the taste of your favorite diner onion rings - and a little piece of television history. Hold on to that feeling.