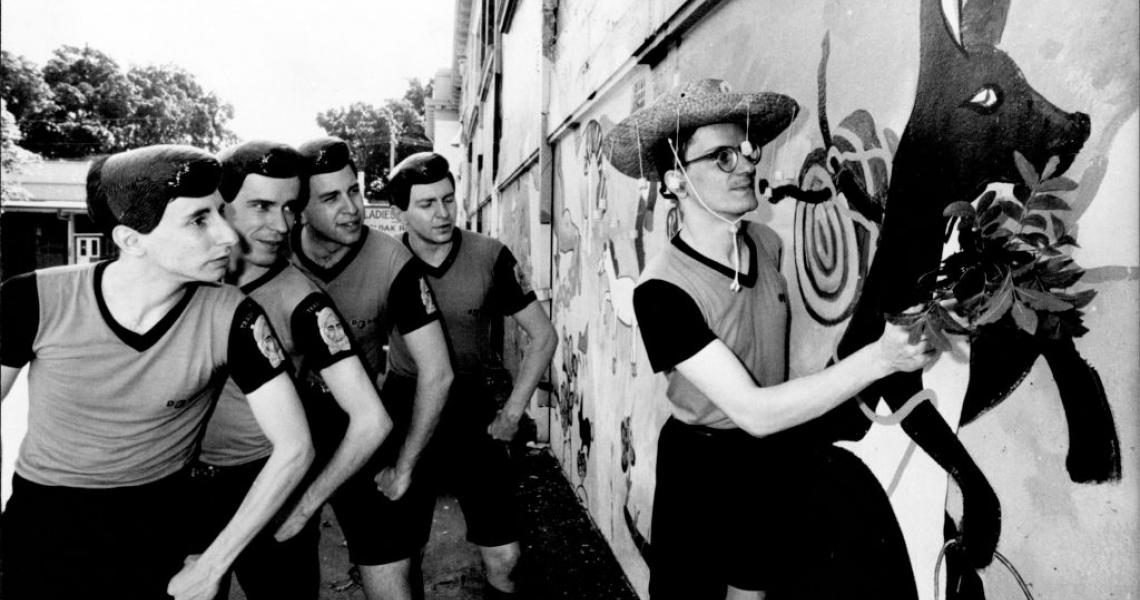 When it comes to musically adventurous recording artists of the ‘70s and ‘80s, few American groups could rival Devo. The Akron-formed band came roaring out of the gate with unparalleled quirkiness, but somehow they managed to capture the interest of the mainstream anyway, even going so far as to earn themselves a Top 20 hit with “Whip It.”

That, however, was with their third album, 1980's Freedom of Choice. From there, Devo delivered 1981’s New Traditionalists, which found them further embracing the electronic side of their sound, and by the time they delivered their fifth album, they’d become almost exclusively synth-based.

READ MORE: August 1980: Devo Stirs the Nation with "Whip It"

Recorded at Cherokee Studios in Los Angeles, Oh, No! It’s Devo was produced by the perfect person to match the band’s full embrace of the synthesizer sound: Roy Thomas Baker, who’d been earning acclaim at the time for his work with The Cars.

When Reverb reflected on Devo’s overall discography, they noted that the band had taken full advantage of the standardization of MIDI at the time, “allowing them to program beats and synths (both analogue and digital) in a way they really hadn't on previous records. This, combined with the minimal use of guitars, gives the record a metronomic, roboticized feel.”

Mind you, they quickly clarify that “this mechanical version of Devo isn’t a bad thing," even going so far as to describe the song “Speed Racer” as sounding “like the offspring of Kraftwerk and Talking Heads, [hinting] at the collage-like sound that Art of Noise was exploring around the same time.”

It’s also worth mentioning that the band ran into some controversy at the time with their video for the single “That’s Good,” which Gerald Casale described in the 33 1/3 book about the album.

We got this call from [MTV co-founder] Les Garland, He was like, "Look, we know what you're trying to do here." I go, "What do you mean?" He goes, "Ya know, when that cartoon French fry glides through that cartoon donut and then it's with the girl looking happy. You can have the French fry, or you can have the donut, but you can't have the French fry and the donut, Otherwise, you can't cut to the girl." And I go, "But what about when the French fry hits the donut and breaks in half and she's sad?" And he goes "Alright you little smart ass." It was horrible. Then I go, "What about that Billy Idol video you have and the girls are in skin-tight pants and their asses are full on in the screen and his head is between her legs and then somebody slaps her ass? What about that?" He goes, "We're talking about you, we're not talking about them."

In the end, Oh, No! It’s Devo did not capture audiences’ attention the way “Whip It” had done, and we’re not saying that’s a good or a bad thing, only that it’s a fact. It did, however, still hit No. 47 on the Billboard 200, confirming that – weird or not – the band still had Devo-ted fans. (See what we did there?)