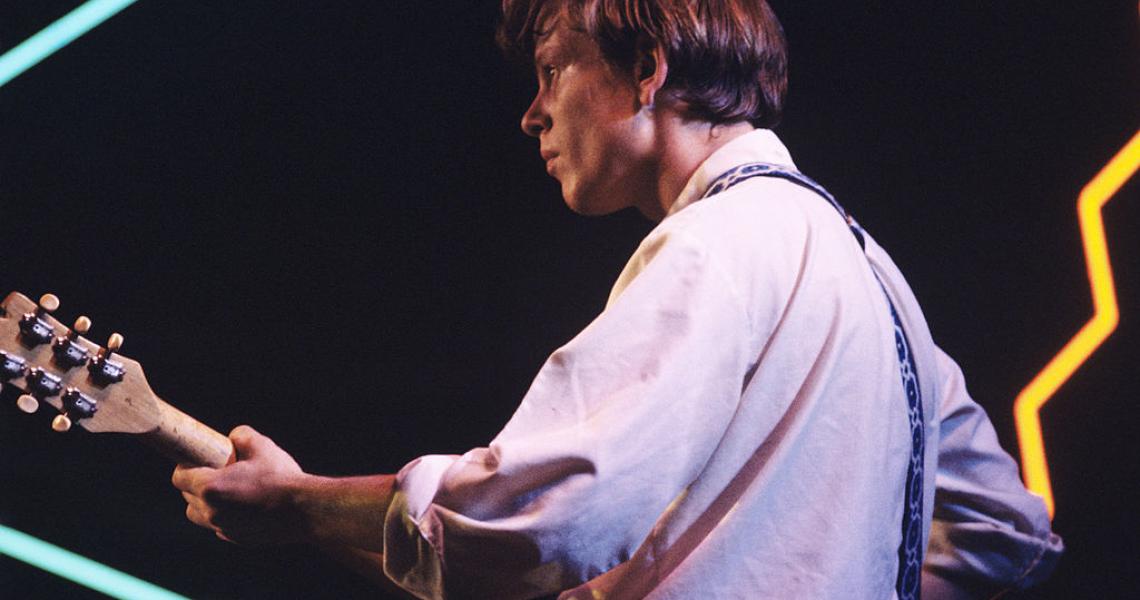 When it comes to The B-52’s, there are two distinct eras of the band: the Ricky Wilson era, and the post-Ricky era. The reason for the division, of course, is an unhappy one, with Ricky having succumbed to AIDS on October 12, 1985 at the tragically-young age of 32, but in the wake of his death, the band actually found the biggest commercial success of their career, thanks to the Cosmic Thing album. On the other hand, the band’s greatest critical success came during Ricky’s lifetime, which is why we’re spotlighting 10 songs from his time in the band that are among their best efforts.

If there’s any more iconic song in The B-52’s early catalog, we don’t know what it is. After all, this was literally the song that got John Lennon back into the studio. Three days before his death, Lennon said in an interview, “I was at a dance club one night in Bermuda. Upstairs, they were playing disco, and downstairs I suddenly heard ‘Rock Lobster’ by The B-52’s for the first time. Do you know it? It sounds just like Yoko’s music. I said to meself, ‘It’s time to get out the old ax and wake the wife up!’”

Although it was the third single from the band’s self-titled debut album and failed to make much of an impact, it’s still one of the catchiest, grooviest tunes ever released by the band, one that helped define the B-52’s and their sound in a big way.

Any song that kicks off with Fred Schneider screaming, “Sur-PRI-ise!” is a song for the ages, even if the party they’re singing about is clearly one that went horribly wrong. Oh, well: at least we’ve got the music.

A staple of the band’s live sets, this Cindy Wilson-sung tune was actually pretty major dance club hit, climbing to No. 5.

Funnily enough, this song also climbed to No. 5 on the dance club chart, owing to a rule at the time which allowed multiple album tracks to sit in the same spot together. Oh, and it’s not really about Idaho. As Fred Schneider told the Idaho Statesman in advance of the band’s first ever show in the state, “Idaho is pretty mysterious to all of us. I know it’s a beautiful state, but then I know there’s also a lot of crazy right-wingers and all that stuff. The song’s about all different things. It’s not like a parody of Idaho or anything.”

This was the title track to the band’s ’82 album, which took them in a slightly different sonic direction, thanks to production by David Byrne, who expanded their instrumentation considerably.

In an interview with Songfacts, Cindy described this song as “an interesting collaboration with Kate and I jamming on the lyrics, with us coming up with a recipe for cake. It was, as it turns out, pretty good.”

One of the most fun and goofy tracks in the band’s catalog, it’s probably best known for its dating-profile recitations and the repeating of the phrase, “Let’s meet and have a baby now!”

This track from The B-52’s final album with Ricky should be bright and shiny with a title like that, but it’s actually rather melancholy in tone, which probably matches the mood of most people when they learned of Ricky’s passing.

“Girl from Ipanema Goes to Greenland” (1986): In a 2002 interview with The Advocate, Keith Strickland remarked of this tune that it was one of the last songs he wrote with Ricky before his death, adding, “I felt we had reached a new level in our writing – we were trying new things, and there was a maturity there.”

Wow, talk about ending on a down note...