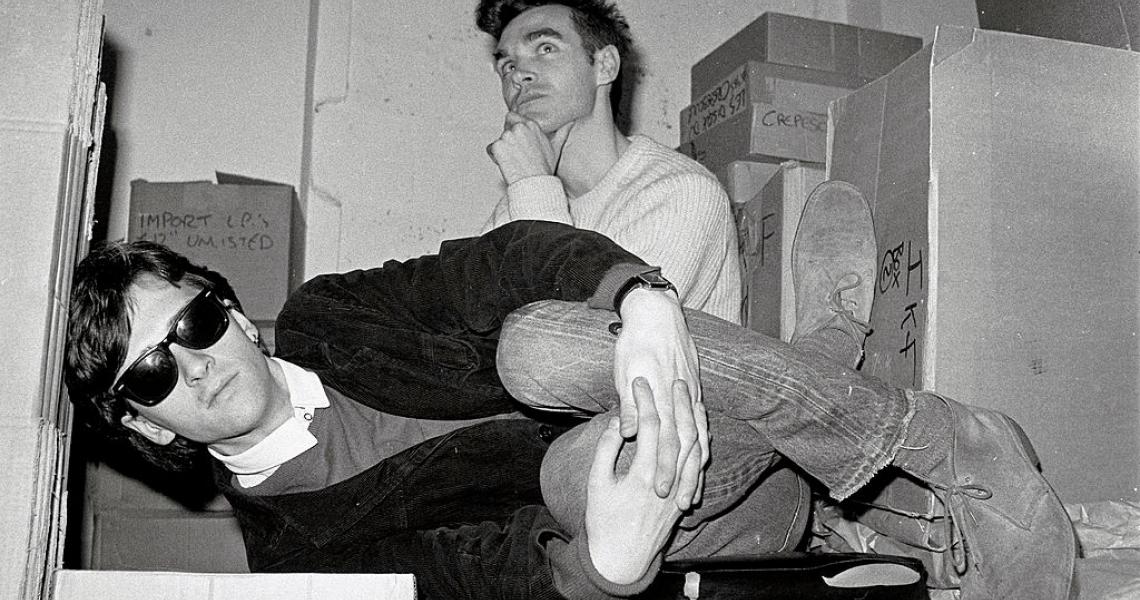 If you've been holding out hope that, someday, Morrissey and Johnny Marr - former singer/lyricist and guitarist/songwriter of legendary British alternative band The Smiths - would ever reconcile...we have some bad news.

Yesterday (Jan. 25), the ever-opinionated Morrissey took to a fan site to publish an open letter to his former bandmate. "This is not a rant or an hysterical bombast," it opened. "It is a polite and calmly measured request: Would you please stop mentioning my name in your interviews? Would you please, instead, discuss your own career, your own unstoppable solo achievements and your own music? If you can, would you please just leave me out of it?"

The letter goes on to faintly praise their work together ("We both helped each other become whatever it is we are today...You found me inspirational enough to make music with me for 6 years") while damning the guitarist for acting "as if you can’t uncross your own legs without mentioning me...There comes a time when you must take responsibility for your own actions and your own career, with which I wish you good health to enjoy. Just stop using my name as click-bait."

It is not clear what specifically prompted Morrissey to write the letter. Marr is currently promoting a new solo album, Fever Dreams Pt. 1-4, and in interviews had not said much about his former bandmate, who has come under fire for various incendiary statements, from support of far-right British politicians to defense of sexual abusers in Hollywood. The duo have scarcely spoken since the band's dissolution in 1987; Marr did reveal in 2016 that the pair had briefly discussed reuniting for some concerts eight years prior, but communications had ceased almost as quickly as they started.

Dear @officialmoz . An ‘open letter’ hasn’t really been a thing since 1953, It’s all ‘social media’ now. Even Donald J Trump had that one down. Also, this fake news business…a bit 2021 yeah ?#makingindiegreatagain

Only the morning after Moz's letter was published, Marr took to Twitter to fire back at his former companion. "An ‘open letter’ hasn’t really been a thing since 1953, It’s all ‘social media’ now," he opined. "Even Donald J Trump had that one down. Also, this fake news business…a bit 2021 yeah?" Safe to say we won't be seeing them together any time soon.