The '80s Rocker Behind a Tina Turner Hit 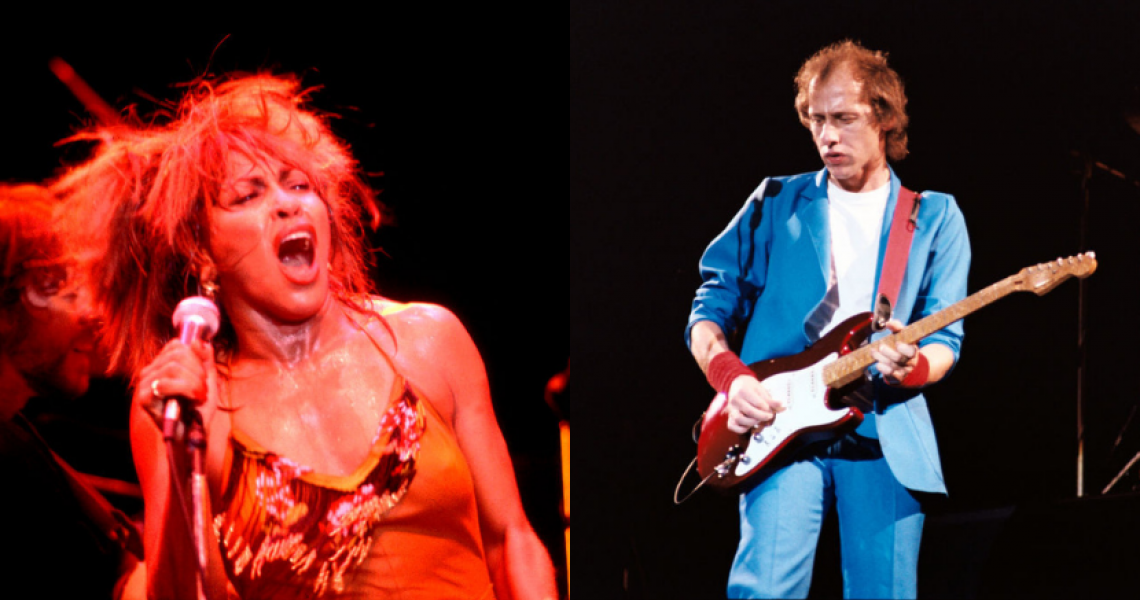 Tina Turner's Private Dancer was one of 1984's biggest success stories - but did you know its title track was penned by a big name in '70s and '80s rock?

Indeed, "Private Dancer" - the album's third U.S. Top 10 hit - was written by Mark Knopfler, frontman and principal songwriter for Dire Straits. The track was reportedly put together during the sessions to their 1982 album Love Over Gold but Knopfler didn't feel the lyrics should be sung by a man.

Read More: Five Reasons Tina Turner Should Be in the Rock and Roll Hall of Fame

Record company restrictions prevented Turner from using the band's recording on her album, but the Queen of Rock and Roll did recruit most of the band for her version, including guitarist Hal Lindes, bassist Hal Lindsey and synth players Alan Clark and Guy Fletcher (who did not play on the original). Jeff Beck played lead guitar, a decision Knopfler later had choice words for, later calling it "the second ugliest guitar solo in the world." (No word on the ugliest.)

In a BBC radio interview, Turner later expressed surprise that some interpreted the character as a call girl. "I didn't see her as a hooker," she said. "I took it because it was an unusual song. I'd never sung a song like it. And I wish you could hear Mark's version of it. He's got a very English-sounding voice...and it was really quite beautiful. A very arty song...so I put the old soulful touch on it."