What Did He Say? Simon Le Bon's Wildest Lyrics 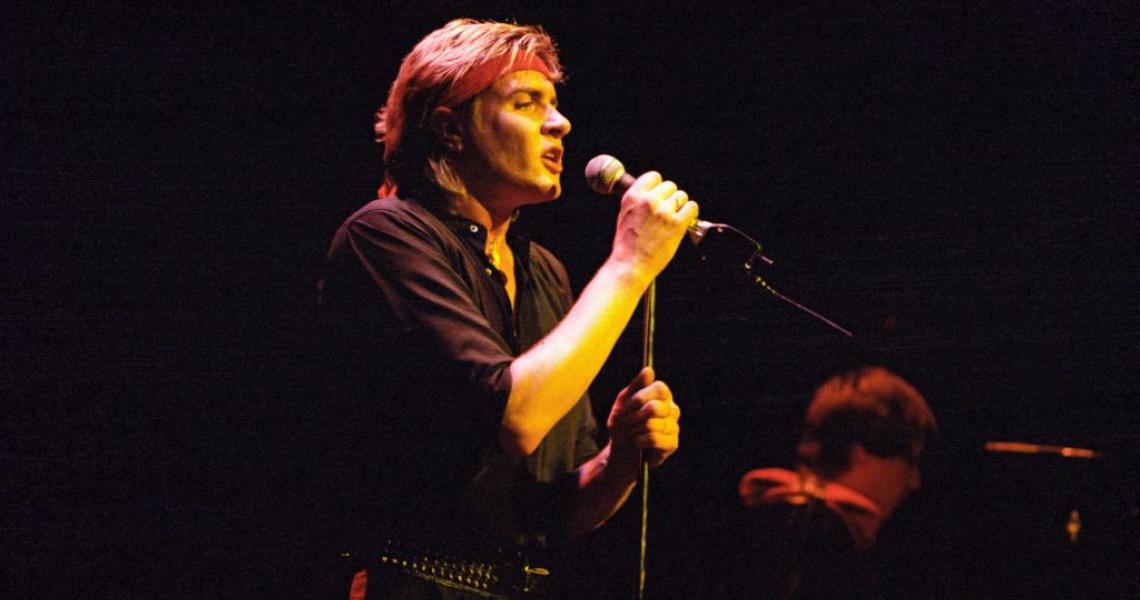 Duran Duran never do anything halfway. The debonair looks, the slick music videos, the unbeatable dance-rock grooves - they were one of the best bands of the '80s (and beyond) because they matched the boundless energy and boundary pushing associated with the decade.

And for the last 40 years, part of that wild energy has been spent on figuring out just what the heck Simon Le Bon is singing about!

The band's lead singer and lyricist has cited wordsmiths like Jim Morrison as influences on Duran Duran's lyrical style, and it's not hard to see why: the lyrics are often as mystic and metaphorical as they come. The cheeky Le Bon typically doesn't offer raw insight into what makes his poetry tick, either - and it's easily part of why people love Duran Duran all these years later. Here's a small sample of some of Le Bon's strangest, scintillating lyrics.

"Sound of Thunder": these atmospheric stanzas are part of Duran Duran's sordid history; Le Bon was the last of the classic band line-up to be recruited, and was picked in part because he came in with more lyrics than any other prospective singer. This was the first song they wrote together, pulling a poem from Le Bon's notebook and fitting it onto a funky jam they'd been working on in rehearsals - and a sound was born.

"Night Boat": another vision-heavy piece from Duran Duran's 1981 debut, "Night Boat" conjures up images of some hidden evil arising from a river as our protagonist waits for the titular transport to ferry him across. It's funny, then, that fans do know what inspired this song: Simon idly came up with the idea one night as he was waiting for a late-night bus after band practice. Must have been one scary bus stop!

"Lonely in Your Nightmare": Duran's breakthrough album Rio features all sorts of wild imagery in its singles, from cherry ice cream smiles to hungry wolves. Its emotional core, perhaps, might be this deep cut on the album's first side, conjuring up the more mysterious side of the island paradise conveyed through the album's hits and videos. Simon's romantic come-ons here are some of his finest; the third-verse line "come on show me all the light and shade that made your name" tells a novel's worth of stories in just a few words.

"Union of the Snake": by the time the conquering pop heroes released Seven and the Ragged Tiger in 1983, even they admitted they weren't always sure what they were on about in the songs. (More on that very soon.) We've no idea what "Union of the Snake" is, but the album's dance party of a lead single is packed with hooks that wrap around Simon's lyrics ("give me strength, at least give me a light / give me anything, even sympathy / there's a chance you could be right") like a slithering...oh, you get the idea.

"(I'm Looking for) Cracks in the Pavement": ask most Duran fans the nuttiest lyric of the Fab Five era and they might point you to this Ragged Tiger album side, which contains the immortal lines "Don't wanna be in public / my head is full of chopstick / I don't like it." (Did you also think it was "toxic"? We did for years, then we looked it up and did a double take.)

"The Reflex": perhaps the ultimate case of it really not mattering what Duran Duran's songs are about, Le Bon has maintained that the stream of consciousness ideas of "The Reflex" were aided considerably by the cases of wine that flowed freely during the Ragged Tiger sessions. No matter, of course: with the help of a stuttering dance remix by Nile Rodgers, "The Reflex" gave the band their first U.S. No. 1 hit.