With 'Valotte,' Julian Lennon Stepped Out of His Dad's Shadow 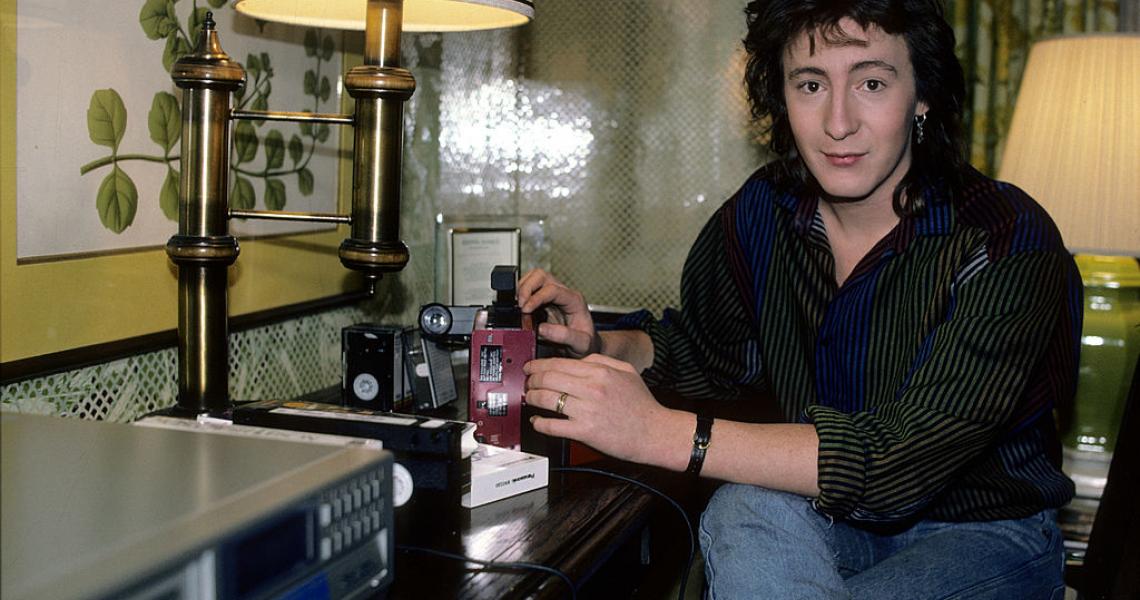 Nearly four decades on, you can probably imagine the excitement that swirled around the release of Valotte, which wasn’t just the debut album by Julian Lennon, it was – wait for it – The First Album by the Child of a Beatle.

Of course, that wasn’t its official subtitle or anything, but it might as well have been.

Keep in mind that this was less than four years after Julian’s dad, John Lennon, had been murdered; and now here comes John’s kid - the kid who Paul McCartney wrote "Hey Jude" for - his dad’s DNA front and center both in looks and in voice. For Beatles fans, this was like a dream come true.

Produced by Phil Ramone, Valotte was met with less than glowing reviews by rock critics who’d come of age with The Beatles and were all too happy to savage the album by underlining just how much Julian was not John. Those who pushed play hoping to find some catchy melodic pop, however, were not disappointed: the title track was a wonderful ballad which became a Top 10 hit, as did the second single, “Too Late for Goodbyes.” The third single, “Say You’re Wrong,” was a Top 40 hit, too, peaking at No. 21, and there was even a fourth, minor hit: “Jesse,” which hit No. 54 before beginning its descent.

Interestingly, the videos for the first two singles were directed by a very unlikely individual: Sam Peckinpah, the man behind such classic films as The Wild Bunch and The Osterman Weekend. When asked by Popdose about how this surprising collaboration came about, Lennon happily divulged the back story:

I was acquaintances with a producer called Martin Lewis who I’d met over the years. He’d worked with Monty Python, he’d worked on The Secret Policemen’s Ball…he’d worked on a number of projects with people that I did within the industry. And…I’m not entirely sure how it came about, but we met up and he said, "You know, I’ve got an idea. Come and meet Sam Peckinpah." And I went to meet Sam Peckinpah in Montagh, and we actually got on like a house on fire. It was quite bizarre. And he was a major practical joker, Peckinpah. We used to wind Martin Lewis up on many occasions! But we just…well, you know, what can I say? We just enjoyed each other's company. We weren't sure entirely what we were going to do, but it came together, and it worked, and definitely both of the videos have become sort of classics…in some sense of the word! But I’m proud of them, you know? And what an honor to work with him…or just to have met the man!

Listening to Valotte now, there’s no question that it was made in the ‘80s, but that doesn’t do anything to change the melodicism or the catchiness. If it’s been awhile since you’ve given it a spin, why not fix that situation? You’ll quickly find that the hooks have stuck with you.