Turn the Page: You've Heard Mr. Mister's Frontman on a Lot of Songs 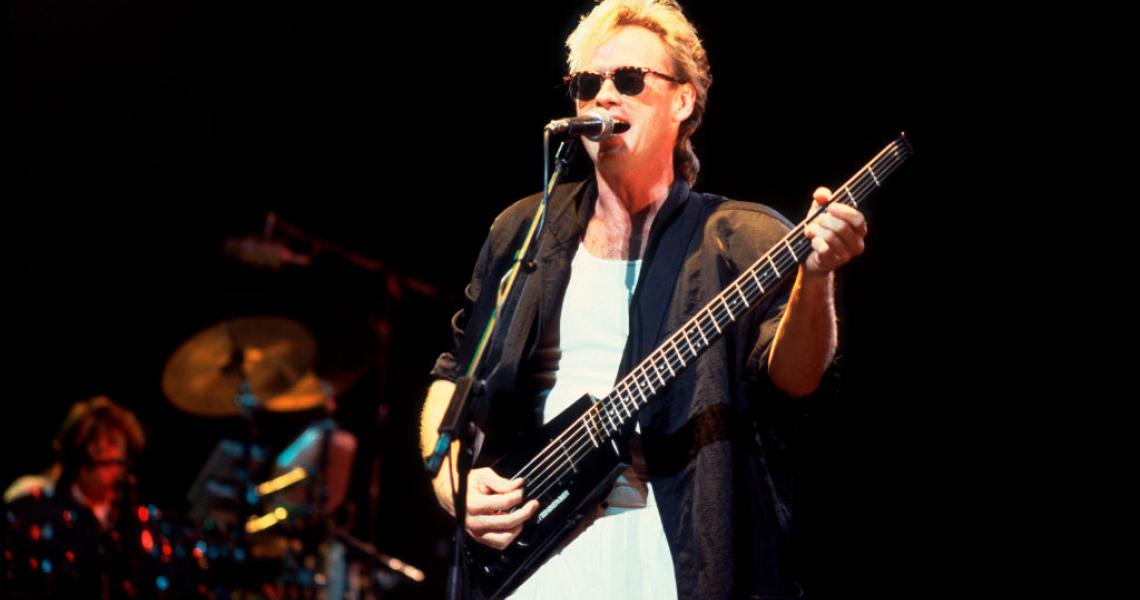 To the extent that the average listener knows who Richard Page is, they know him as the lead singer of Mr. Mister, the slick, Arizona-based quartet that gave us two eternal ‘80s No. 1s with “Broken Wings” and “Kyrie,” but never quite got out of opening-act status. Those hits were doozies, though, and Page (born May 16, 1953) parlayed them into a mostly quiet solo career, as well as membership in several editions of Ringo Starr’s summer-touring All-Starr Band.

What’s not as well known about Page are the facts that he is a go-to songwriter (just ask Josh Groban, Celine Dion, or Barbra Streisand) and that before, during, and after Mr. Mister, he was a first-call studio session vocalist. If you were, say, Kenny Loggins, and needed someone to sing background vocals on one of your songs, you called Page, and before you could say “Trim my beard,” he’d be there, ready to throw down.

In fact, Page has guested on some pretty indelible pop and rock records, particularly in the ‘80s, when you could hear his voice on such great discs and tracks as these:

REO Speedwagon, Hi Infidelity: That’s Page among the background voices on REO’s No. 1 power ballad “Keep On Loving You,” their ‘60s pop homage “In Your Letter,” and the track “Wish You Were There,” which closed the biggest album of 1981.

Survivor, Caught in the Game: Survivor’s 1983 follow-up to Eye of the Tiger is an underrated AOR classic. The album’s credits do not indicate on which tracks Page appears, though we think we hear him on Side 2, on the album cut “Slander.”

Kenny Loggins, "Let There Be Love" and "One Woman": The production on Loggins’ albums Vox Humana (1985) and Back to Avalon (1988) were about as ‘80s as possible – electronic percussion, synthesizers on top of synthesizers (with an undercurrent of synthesizers...and also an overcurrent), and layers of compression so prevalent that even a voice as sensitive yet durable as Loggins’ had trouble not sounding like circuitry. Such circumstances best him on “Let There Be Love,” except when the background vocals (including Page’s) come in to support him. Better is “One Woman,” where Page (who also co-wrote the track) bolsters Loggins and helps make the song a special one.

Toto, “How Does It Feel”: In 1984, when Toto parted ways with singer Bobby Kimball (the one who sang “Hold the Line,” and the chorus of “Africa”), Richard Page was reportedly offered the gig to replace him, but turned it down to focus on Mr. Mister. When the band needed some background vocals for their next record, though, Page was happy to oblige, lending his voice to this terrific ballad.

Whitesnake, “Now You’re Gone”: Whitesnake’s self-titled 1987 album and its follow-up, 1989’s Slip of the Tongue, were records that sounded huge. Huger than huge. Part of the production strategy behind that hugiosity was stacking vocal tracks until you were hearing a choir of David Coverdales, or Coverdale himself leading a choir of other voices, all singing lyrics about pursuing, losing or consummating a relationship. This standout from Slip of the Tongue is a great example – it’s a big song, and Richard Page is among the voices that make it so.

READ MORE: In 1987, Whitesnake Went Down the Only Road They've Ever Known