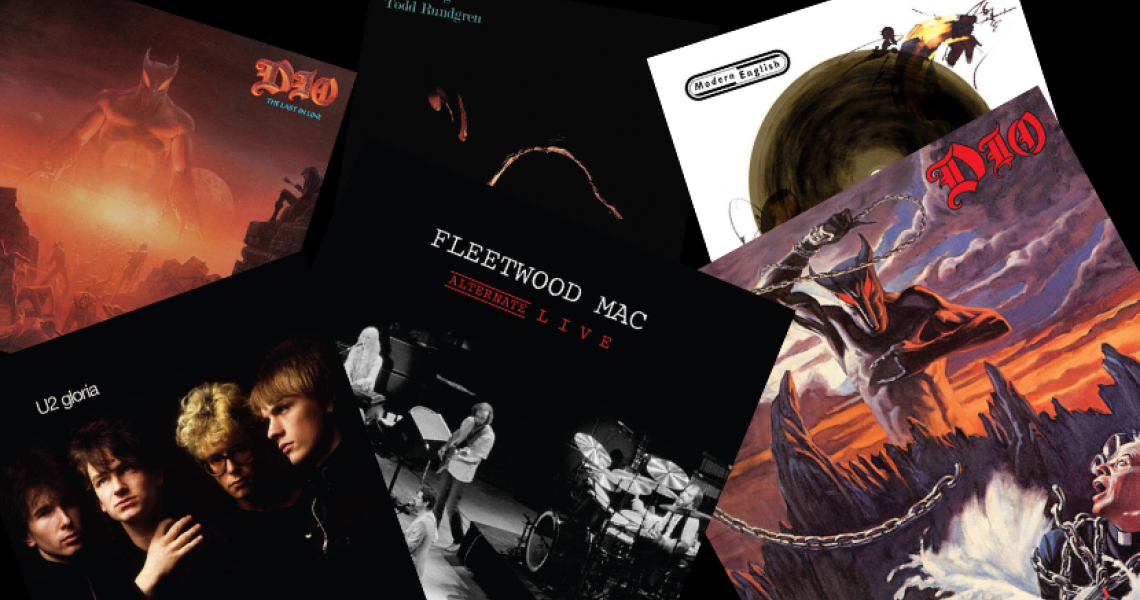 The COVID-19 pandemic put a lot of things in turmoil and uncertainty; for record fans, one of the most immediate was the shuffling of Record Store Day. Normally taking place twice a year in April and on Black Friday (the big shopping day after Thanksgiving), 2020 saw the April festivities delayed into three weekends in the late summer and early fall; 2021's first date also became two "drops" in June and July.

Happily, 2021's Record Store Day Black Friday looks to be as smooth sailing as it can be - and dozens of exciting vinyl titles will be available at participating record stores on Nov. 26. For the '80s fans, we've picked out a few of our favorites below:

Dio lovers will have the chance to pick up the late metal singer's first two solo albums, Holy Diver and The Last in Line, releasing as picture discs that feature each album's iconic art (who remembers that the demonic fella on these covers is named Murray?) pressed onto the vinyl.

Fleetwood Mac's deluxe Live box set is one of the year's coolest, and the double album Alternate Live will feature, for the first time on vinyl, the unreleased recordings issued on CD in that box.

Todd Rundgren has made the news this week for a great interview that doesn't hold much back. He similarly didn't hold much back on Healing, his 1981 song cycle on the human condition. It'll be reissued on clear vinyl for its 40th anniversary and will come with the original 7" that accompanied the original pressings (featuring the songs "Time Heals" and "Tiny Demons."

Finally, if you miss live music as much as we do, there's two releases that'll set you in motion. U2 are celebrating the 40th anniversary of their 1981 single "Gloria" with a new 12" single featuring three unreleased live versions of the song (one from the '90s, one from the '00s and one from the '10s) and a collectible poster. Modern English are also going the live route, issuing a special vinyl version of a livestream set the band recorded in London in September 2020 featuring a full performance of their classic album After the Snow (which featured fan favorite and era-defining classic "I Melt with You").