There Was Nothing Bare Bones About the "Touch of Grey" Video 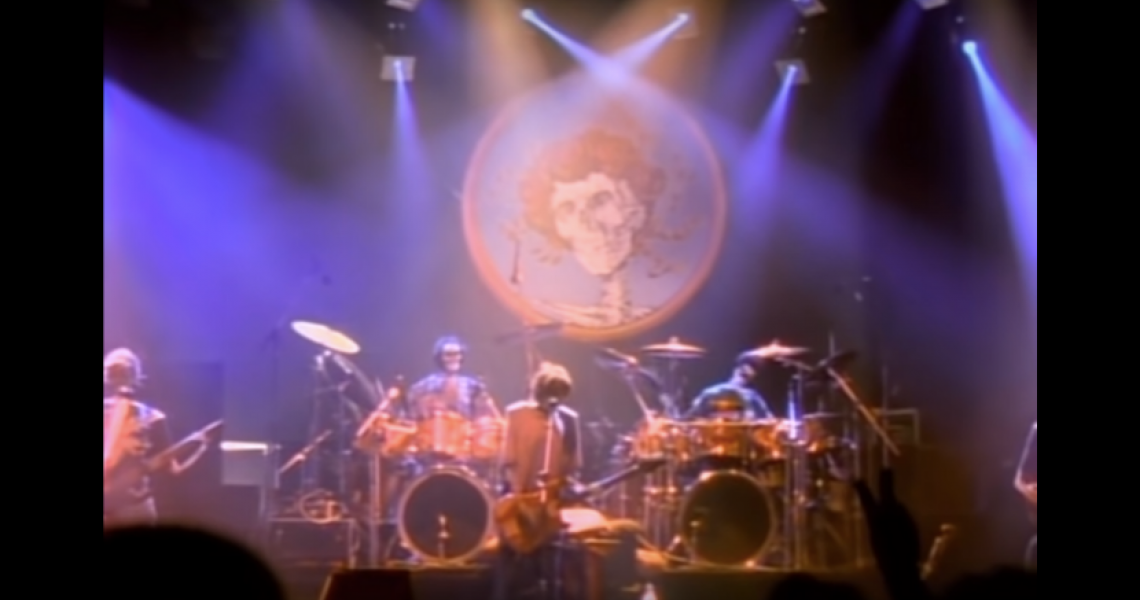 There's always some magic around a Grateful Dead set, for reasons known best to the listener. But the group's first of a two-night stand at the Laguna Seca Raceway on May 9, 1987 was special for a few hundred lucky fans invited before the stage after the concert had completed, to take part in a most unusual piece of Dead history: their first music video.

READ MORE: July 1987: Grateful Dead Reach New Generation of Heads with "In the Dark" and "Touch of Grey"

The Dead were no stranger to visual media; 1977's The Grateful Dead Movie captured sets at Winterland three years prior. Director/animator Gary Gutierrez created special psychedelic designs for that project, which predated a decade of success as part of Colossal Pictures, a studio that produced early station IDs for MTV and eventually transitioned into video making (most famously Prince's colorful clip for "Raspberry Beret").

Gutierrez and the band came together again for the video for "Touch of Grey," which combined the simple premises of the Grateful Dead performing the catchy track in concert, intercut with footage of custom-created skeleton versions of the band members also performing the song onstage. The quirky clip propelled the already-legendary band to unexpected pop crossover status, putting "Touch" in the Top 10 of the Billboard Hot 100.

A long-out-of-print video release, Dead Ringers: The Making of "Touch of Grey," went into the details of the music video and its creation. Among the trivia in the feature: frontman Jerry Garcia's daughter Annabelle was one of the puppeteers who brought the skeletons of the band to life, and a natural fog rolling off the Pacific Ocean gave the video an added visual flair.