July 1987: Grateful Dead Reach New Generation of Heads with "In the Dark" and "Touch of Grey" 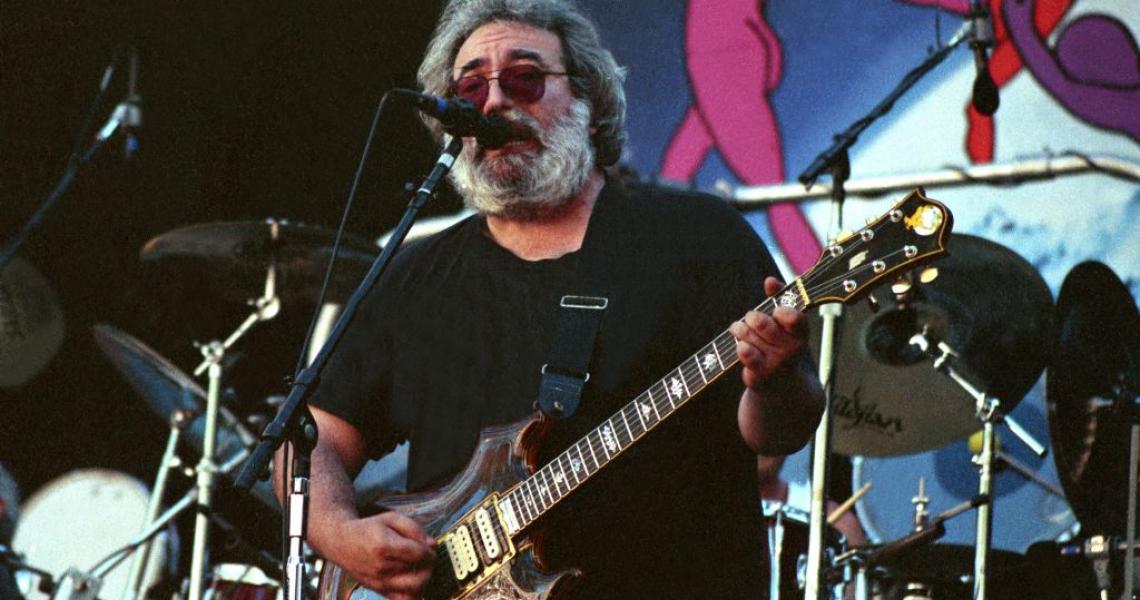 It had been six years since the Grateful Dead dropped a new studio album when the group released In the Dark on July 6, 1987. The band's previous LP, Go to Heaven, had been considered something of a disappointment at the time, and there had been no rush to make a follow-up.

Honing a new clutch of songs on the road over the years between the two albums, the Dead was more than ready to rock when they convened at Marins Veteran Memorial Stadium in January 1987 to capture the tracks on tape.

The album arrived with a most unexpected--and powerful--ally: MTV. The cable music network threw its full support behind first single, "Touch of Grey," and the song's inventive music video. Bolstered by strong radio play, "Touch of Grey" tripped up the charts to crash the top 10 and peak at #9 on the Hot 100 for the week of September 26, 1987. The #1 song in America that week: Whitney Houston's "Didn't We Almost Have it All." The song went to #1 on the Mainstream Rock chart and #15 on the Adult Contemporary tally.

In the Dark got all the way to #6 on the Billboard album charts for the week of August 22, 1987. The #1 album in America that week: Whitney Houston's Whitney.

When an interviewer in 1987 told Jerry Garcia that In the Dark was "very much a creature of the '80s," the guitarist vehemently disagreed.

"Well, we're starting to find that place right here. That place that used to not have any strict location—I think if you take In the Dark and put it in some other decade, it speaks to that decade just as clearly," Garcia said. "And it's equally nonspecific. I mean, if you really listen to it carefully it doesn't say anything that pins it to the 80s. It's stuff that pins it to this world, though. That may be the difference—we're finding that living this long of a time in this world and surviving it, there's some things that you start to be prepared to talk about."

When the same interviewer asked Garcia if the band's foray into music video was the catalyst for the success of In the Dark, the guitarist could only throw up his hands.

"Maybe. Some. You're asking someone who knows as little...I mean, I've been in the music business (laughs), the industry, as we call it, for all this time, and the closest I've come to hits is the Jefferson Airplane and that kind of stuff," Garcia replied. "I don't believe it's something you can know for sure—we didn't do anything different, other than our approach to making the record was a little different, but that doesn't account for the success. I think that we--a particularly lucky moment in terms of accessibility of material.

"The next material we put out may be too weird or something. It may be that our next record won't find a public," the guitarist added. "But we are excited about making records again, so it's one of those things where now we're sort of anxious to make another record, to see whether or not—is this a roll? Are we on a roll now? We're not uncomfortable with it, and we've already been through enough of the music business where I'm not really worried that commercial success is going to in some way—we're already past saving, you know what I mean? It's too late for us."