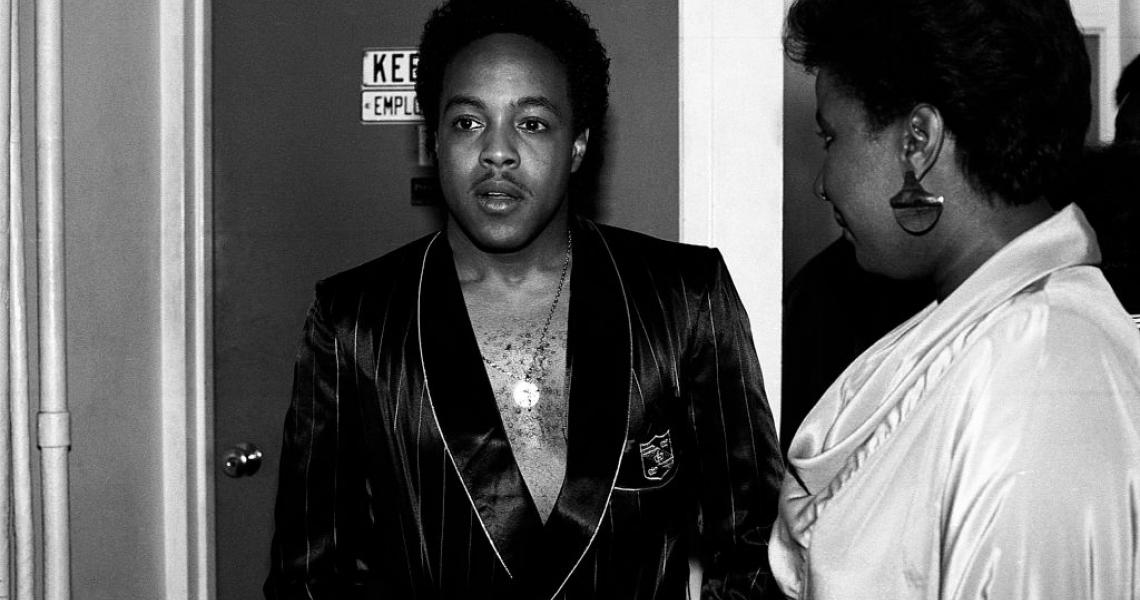 It took some time for Peabo Bryson to earn a hit on the pop charts, but when he did, it soared just like the strings on "If Ever You're in My Arms Again," his first big smash.

Born Robert Peapo Bryson in South Carolina (his stage name came from club promoters who had difficulty saying the French/West Indian middle name he was fond of using), Peabo had been a presence on the R&B charts since the late '70s, with songs like "Reaching for the Sky," "I'm So Into You" and "Let the Feeling Flow." He was also a formidable duet partner, cutting whole albums with Natalie Cole and Roberta Flack. (Bryson and Flack's "Tonight, I Celebrate My Love" became a Top 20 hit in 1983.)

"If Ever You're in My Arms Again" was a perfect match of singer and song - a reunion with Michael Masser, the co-writer and producer of "Tonight, I Celebrate..." With rhythm arrangements from Gene Page (who'd worked with Marvin Gaye, Barry White, Elton John and countless others) and soaring strings from longtime Neil Diamond conductor Lee Holdridge, Peabo and company brought the drama on this track, which soared to No. 10 on the Billboard Hot 100 on Aug. 18, 1984.

As with another recent soulful crossover hit (Patti Austin and James Ingram's "Baby Come to Me"), "If Ever..." also enjoyed bump from a hot soap opera called Santa Barbara; the track was used as a love theme between the smoldering former couple Joe Perkins (Dane Witherspoon) and Kelly Capwell (Robin Wright).

As for Peabo, he'd reach the Top 10 of the pop charts twice in the '90s; both times as a duet partner, and both times with a song from a Disney animated movie (1991's "Beauty and the Beast" with Celine Dion, and Aladdin's chart-topping "A Whole New World" with Regina Belle in 1992).