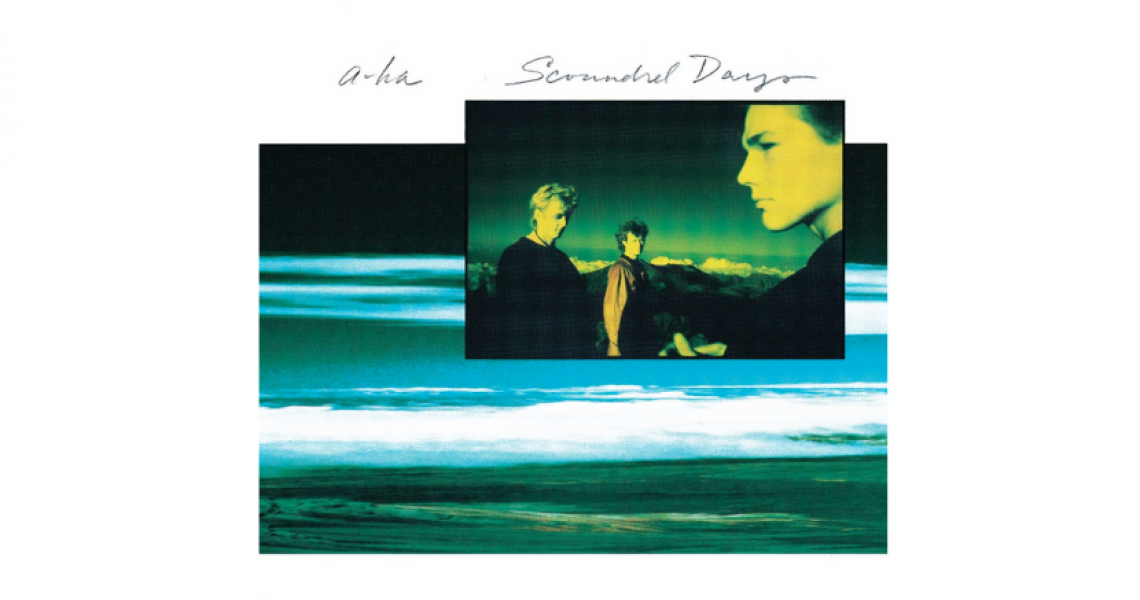 The sophomore slump is one of pop music's unfairest concepts. Sometimes follow-ups hit different and take time to discover their intricacies or celebrate how they defy expectations. There may be fewer better examples in the mid-'80s than Scoundrel Days, a-ha's second album, released in 1986.

With debut single "Take on Me," a U.S. No. 1 hit, MTV-defining work and undisputed pop classic, the Norwegian trio enjoyed a kind of success many don't earn on their first go-round. First album Hunting High and Low did even better throughout Europe than in America: follow-up single "The Sun Always Shines on T.V.," only a No. 20 hit in the States, topped the U.K. chart - not even "Take on Me" did that - and two more songs reached the country's Top 10.

Anyone who's dived into Hunting High and Low know it's more than the candy-coated synths of "Take on Me," painting vibrant pictures of lovelorn youth and the challenges of fitting into society through sprightly keyboards (written chiefly by band member and multi-instrumentalist Paul Waaktaar-Savoy) and the soaring vocals of frontman Morten Harket. The colors of Scoundrel Days are decidedly darker from the jump - you'll still hear the things you love about the group, but twisted in ways that definitely don't resemble "Take on Me."

Consider the powerful singles: "I've Been Losing You" is driven by a powerful, marching drum line and dark lyrical imagery that few bands could pull off ("I can still hear our screams competing / You're hissing your 's's like a snake"). "Manhattan Skyline" features contemplative verse melodies over a harpsichord-esque melody that give way to an impassioned chorus, all mourning the end of a relationship. And "Cry Wolf," perhaps the closest cousin to Hunting High and Low sonically, drips with paranoia as it builds a tone poem of bad vibes taking the form of a howling beast. The opening one-two of "Scoundrel Days" and fan favorite "The Swing of Things," plus deep cuts like "The Weight of the Wind," only add to the album's urgency, taking those a-ha touchstones and giving them a darker, icier quality.

Scoundrel Days was also a hit in Europe; "I've Been Losing You" and "Cry Wolf" were both Top 10 hits and the album reached No. 2 in the U.K., the same as its predecessor. In America, it began the band's strange narrative of succeeding without the support of the U.S. record-buying public; they wouldn't even tour in the country again until 2010. But whether your Scoundrel Days are then or now, some 35 years later, you'd do well to check out this unexpectedly rewarding album.