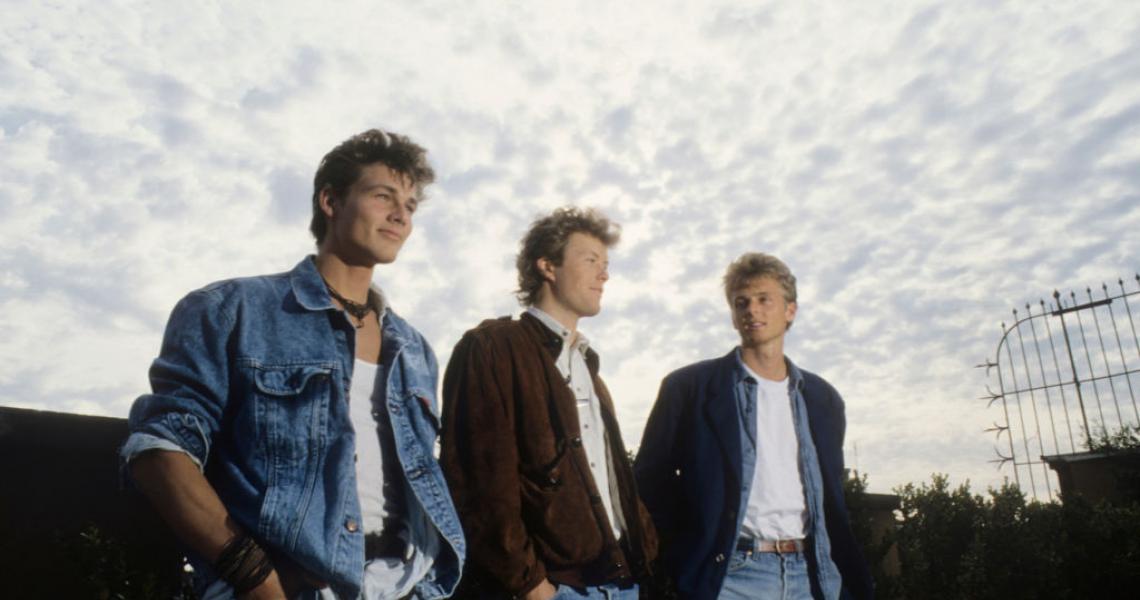 In June 1985, Norwegian pop trio a-ha issued Hunting High and Low, their debut album. For a vast majority of Americans, their connection to a-ha began and ended with lead single "Take on Me," a years-in-the-making chart-topper and irresistible pop classic with an iconic music video to match.

But those who stuck with the group - either through the album itself or a wave of European hits they'd rack up over the years - know the truth: that Hunting High and Low is packed with great melodies and hooks that are waiting for rediscovery with each passing year. We're going to give you five of the album's 10 tracks that aren't its biggest hit, and you can take it from there.

"The Sun Always Shines on T.V.": Fans will throw out "Sun" as the exception to the idea that a-ha were a U.S. one-hit wonder, as this propulsive track did reach a respectable No. 20 on the Billboard Hot 100. (It also topped the U.K. charts, outpacing "Take on Me," which settled for No. 2.) The dramatic keyboards and driving tempo bolster a powerful vocal from lead singer Morten Harket, whose delivery in the chorus sounds like he could've unwittingly influenced Bono when U2 released "Beautiful Day" nearly 15 years later.

"Hunting High and Low": If the video for "The Sun Always Shines on T.V." didn't break your heart - it features a less-than-happy ending for Morten and the girl from the "Take on Me" clip - the title track to the record will shatter you. The heartbreak is strong on "Hunting," and on the single it was augmented by the London Symphony Orchestra!

READ MORE: Would You Recognize This '80s Icon on 'The Masked Singer'?

"Train of Thought": We've all been there - a commuter catches your eye on a subway train, and you're so fascinated by them that you just start inventing their life story. What are they like around their coworkers? How would you describe their home life? What fuels them? What do they fear? "Train of Thought" proved that a-ha do this as often as you might - but when they do it, they drop a sick synth-bass line against a chest-pounding tempo and throw in some piercing electronic flutes for good measure.

"The Blue Sky": Americans take English for granted so quickly that most pop songs are written in the simplest rhyme about the easiest emotions. "The Blue Sky" takes those concepts and turns them on its head, turning a date into a one-act drama full of eye-popping details from songwriter Paul Waaktar-Savoy ("would she laugh at my accent / and make fun of me," "watching paper cups of coffee growing cold before my eyes") and deeper thoughts than the average radio hit might offer ("Though I'm older than my looks / and older than my years / I'm too young to take on / My deepest fears"). Heavy stuff!

"And You Tell Me": Hunting High and Low is an electronic album through and through, which might turn off some pop/rock purists. But it's hard to deny the charms of this soft, two-minute lullaby of an album track, with a lilting, sticky melody and - once again - some of the most killer lyrics of the decade. Few songs of love and loss have a gut-punch quite like "I'm trying hard to make you jealous / trying harder to make you stay" - and if "Take on Me" didn't convince you to give this a spin, hopefully these tunes did.