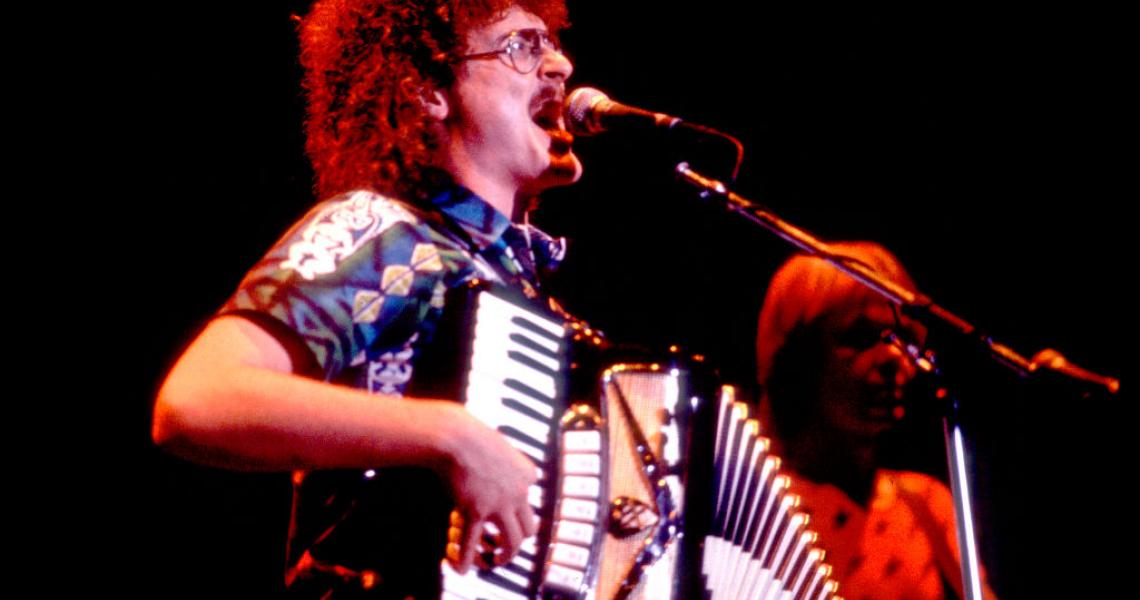 Before he grabbed attention all over the world as a master comedy musician, "Weird Al" Yankovic was a staple of The Dr. Demento Show, an irreverent radio program featuring funny and just plain odd songs from the history of recorded sound. Al's homemade parodies of pop songs - like a take-off of The Knack's "My Sharona" called "My Bologna," recorded in the bathroom of his college radio station - were already quite popular among listeners, but nobody could predict the kind of songs he'd record in the decades to come.

Before all that, however, he ended up recording a parody of one of the biggest bands ever - and, eventually, taking it off the air out of respect for the songwriter.

In 1981, two years before Al secured a deal for his debut album, he'd recorded a quirky garage demo called "Pac-Man." Based on "Taxman," the opening track to The Beatles' Revolver, the song was a rockin' tribute to the immensely popular arcade game. Over a note-perfect recreation of the original track, Al's protagonist gives up his attention, his home and his sanity to that lovable yellow ball and his quest to gobble up dots, fruits and ghosts. (Yankovic was ahead of the game, so to speak: in the spring of 1982, Buckner & Garcia took the novelty tune "Pac-Man Fever" to the Top 10 in America.)

So why did Al get a game over? The Hawaiian-shirted funnyman is well-known today for getting explicit permission from the artists he's parodied as a gesture of goodwill - even though he isn't legally required to do so; back then, though, this wasn't the case, and Al and Dr. Demento were politely asked by some lawyers to cease and desist. (Whether the lawyers represented The Beatles, Harrison, or Namco - the manufacturers of Pac-Man, whose sound effects were sampled in the track - is unknown.)

But there was an extra life for "Pac-Man" decades later: the track was dusted off and released in 2017 as a bonus track on Squeeze Box, a career-spanning Weird Al box set. Though Harrison had been deceased for many years, Al later became friends with his son Dhani, who'd confided during a tribute concert that his dad was actually a big fan. This opened the door for fans to fall in love with the track all over again - and get a couple good laughs alongside the combination of The Fab Four and a classic video game.