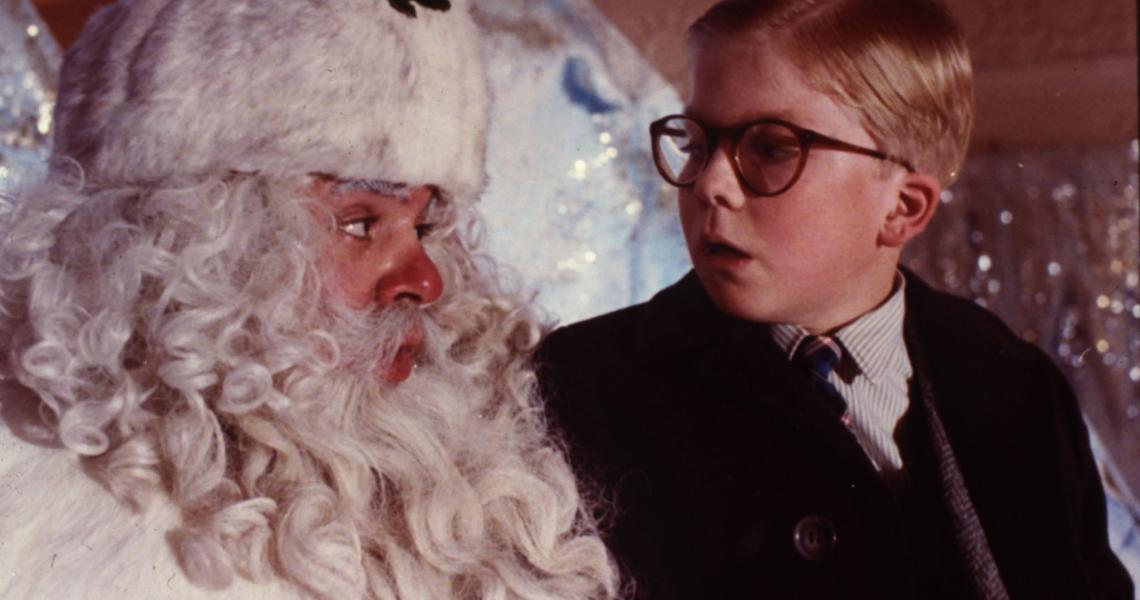 It was the week before Thanksgiving on November 18, 1983 when a new holiday movie was released in theaters across America: A Christmas Story.

Based on stories in Jean Shepard's 1966 book, In God We Trust: All Others Pay Cash, the movie did moderate box office business that weekend, pulling in around $2 million. Far from a hit, and a lot closer to a miscalculated holiday flop. By Christmas Day, the movie was only playing in about a hundred theaters in the country. Famous movie critic Roger Ebert, however, saw something in the warmhearted and riotous Midwestern Christmas tale, adding it to his "Great Films" list upon release.

It was two years later in 1985 when A Christmas Story was first broadcast on TV, via then-fledgling network HBO. The movie's popularity increased exponentially over rest the last half of the '80s, as cable networks like TNT and TBS began scheduling multiple airings over the holiday seasons.

The not-so-quiet cable TV takeover came to a head in 1997, which was the first year that TNT launched the "24 Hours of A Christmas Story" campaign. It's a tradition that carries on to this very day on both TBS and TNT.

“Just stepping back, as we have looked at the performance of it most recently across TBS and TNT, it’s now reaching over 40 million viewers,” Michael Quigley, executive vice president of network and programming optimization and content strategy for the networks told Variety last year. “The marathon is staggering in terms of its performance and we’re finding that constantly it is among the top-performing movies on our network year after year.”

Today, the Cleveland, Ohio, home where the movie's exteriors were filmed has been turned into a monument by fan Brian Jones, who bought the house across the street and converted it into A Christmas Story museum.

“We get people coming from Asia and Africa. [Visitors] say it’s their favorite movie of all time. They watch it every year, Jones said. "Just to come to see the actual house is a tactile experience.”