Nothing "Crazy" About Prince's Second No. 1 Hit 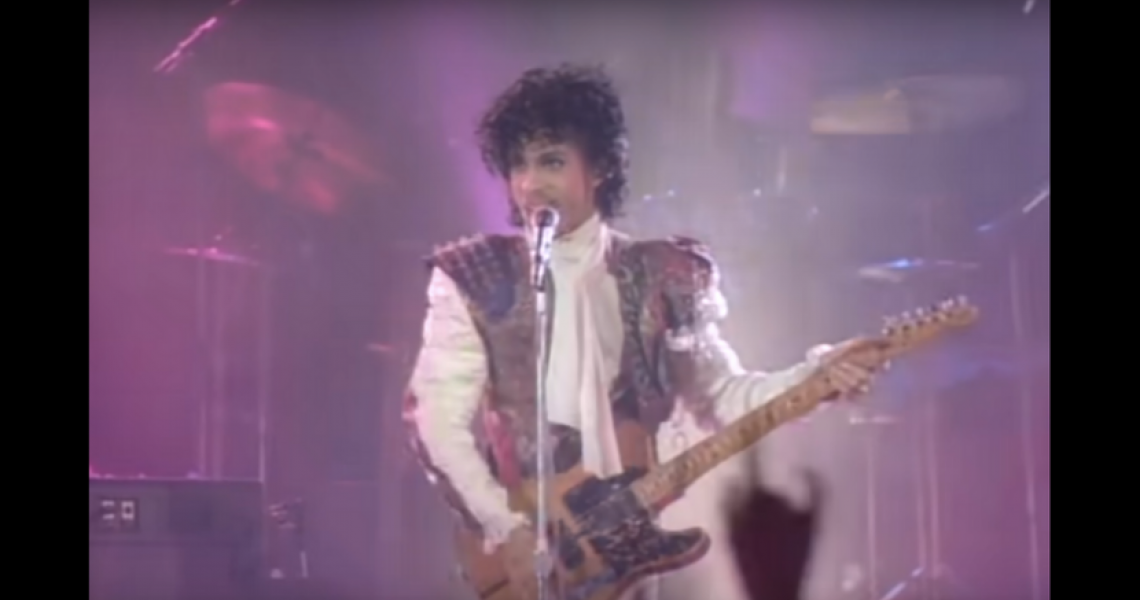 This week in 1984, Prince – with a little help from The Revolution – climbed to the top of the Billboard Hot 100 for the second time in his career, a height to which he ascended, we presume, as a result of punching a higher floor when the elevator tried to bring him down.

What’s that? You have no idea what we’re going on about? Then perhaps a recitation of the opening lines of “Let’s Go Crazy” is in order...

Dearly beloved
We are gathered here 2day
2 get through this thing called "life"
Electric word, “life”
It means 4ever and that's a mighty long time
But I’m here 2 tell U there’s something else
The afterworld
A world of never-ending happiness
U can always C the sun, day or night
So when U call up that shrink in Beverly Hills
U know the one Dr. Everything’ll-Be-All-Right
Instead of asking him how much of your time is left
Ask him how much of your mind, baby
‘Cause in this life
Things R much harder than in the afterworld
In this life
U’re on your own
And if de-elevator tries to bring you down
Go crazy: punch a higher floor.

Is it all coming back to you know? We certainly hope so.

“Let’s Go Crazy” was the opening track to his now-legendary soundtrack album and film Purple Rain, making it one of the greatest album kick-offs of all time. It was not, however, the album’s first single. That honor went to the very last track recorded for the LP: “When Doves Cry,” which also proved to be Prince’s first No. 1 single. (In August, "When Doves Cry" and both Purple Rain - the album and movie - were No. 1 on their respective sales charts - an impressive feat!)

From there, however, “Let’s Go Crazy” soon followed "Doves" to the top of the charts. It’s been said that the song was intended to urge his listeners to follow the ethics of Christianity, with the elevator in the song actually being “De-elevator,” a metaphor for the Devil. Then again, this is Prince we’re talking about, so maybe it wasn’t about that at all.

Whatever the song’s meaning may have been, “Let’s Go Crazy” was absolutely one of Prince’s signature tunes, a song so closely associated with The Purple One that it re-charted in the wake of his death, climbing all the way back up to No. 25.

Call it comfort craziness in the wake of royal sadness, but it helped.