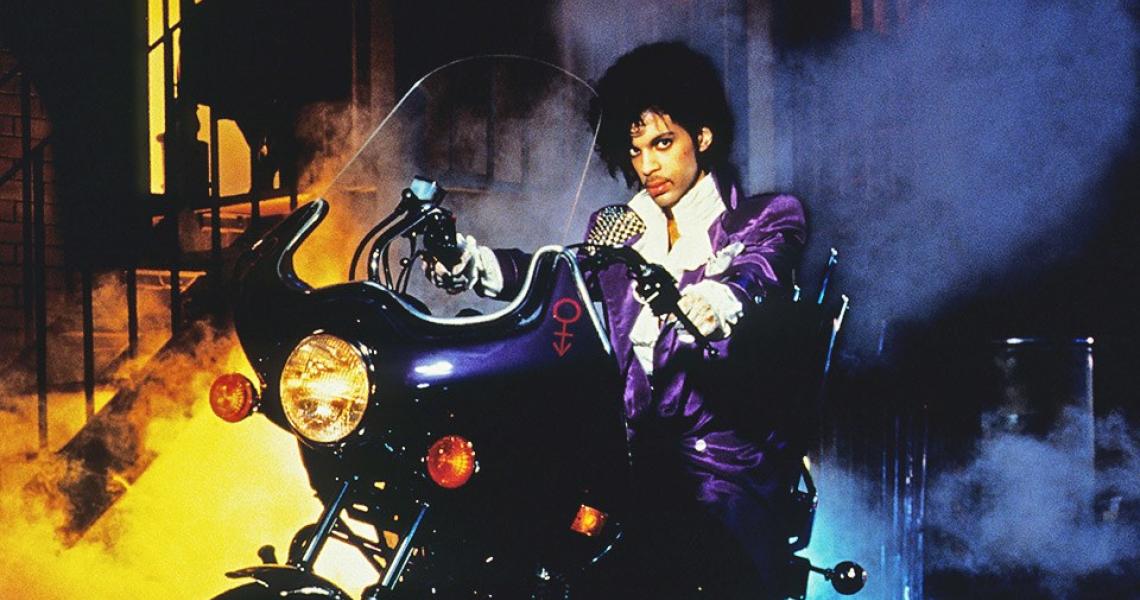 On June 25, 1984, Prince and the Revolution rocked the music world, remaking the pop landscape by tearing down the walls between "black" and "white" into one stunning and cohesive sonic statement. Blending blistering rock and roll with funk, soul, and so much more, the album Purple Rain rewrote the rule book, and the industry of music would never be the same.

Thirty-six years later, and Purple Rain still stands as singular artistic statement that not only revolutionized, but also defined its time. The look, sound and feel of Purple Rain as a complete project is a glimpse into pop culture circa 1984. Here's a look at this staggering work of genius with five fun and bright purple facts.

1. It's believed Prince got the title Purple Rain from America song "Ventura Highway"
While Prince never explicitly revealed that "Ventura Highway" was the original inspiration for the title, the phrase "purple rain" did first crop up in that song's lyrics. When asked what the phrase meant, Gerry Beckley of America replied, "You got me." When Prince was asked about the meaning behind the phrase, his response: "When there's blood in the sky – red and blue = purple... purple rain pertains to the end of the world and being with the one you love and letting your faith/god guide you through the purple rain."

2. Prince originally envisioned "Purple Rain" as a collaboration with Stevie Nicks
After connecting on Stevie Nicks' song, "Stand Back," the two remained friends, with a desire to work together again. It almost happened with the song "Purple Rain," which Prince wanted Nicks to play a hand in creating: "It was so overwhelming, that 10-minute track, that I listened to it and I just got scared," Nicks told the Minneapolis Star Tribune. "I called him back and said, 'I can't do it. I wish I could. It's too much for me.' I'm so glad that I didn't, because he wrote it, and it became 'Purple Rain.'"

3. Purple Rain was the first album to credit Prince's band as the Revolution
The name was teased as far back as the 1999 album, with the words "and the Revolution" written backwards on the album's cover. Prince held off on making the name official until waffling guitarist Dez Dickerson quit the group, replaced by Wendy Melvoin. The Revolution was now complete.