Movie Musicals and Soundtracks of the 80's: 'Footloose', 'Grease 2' and More 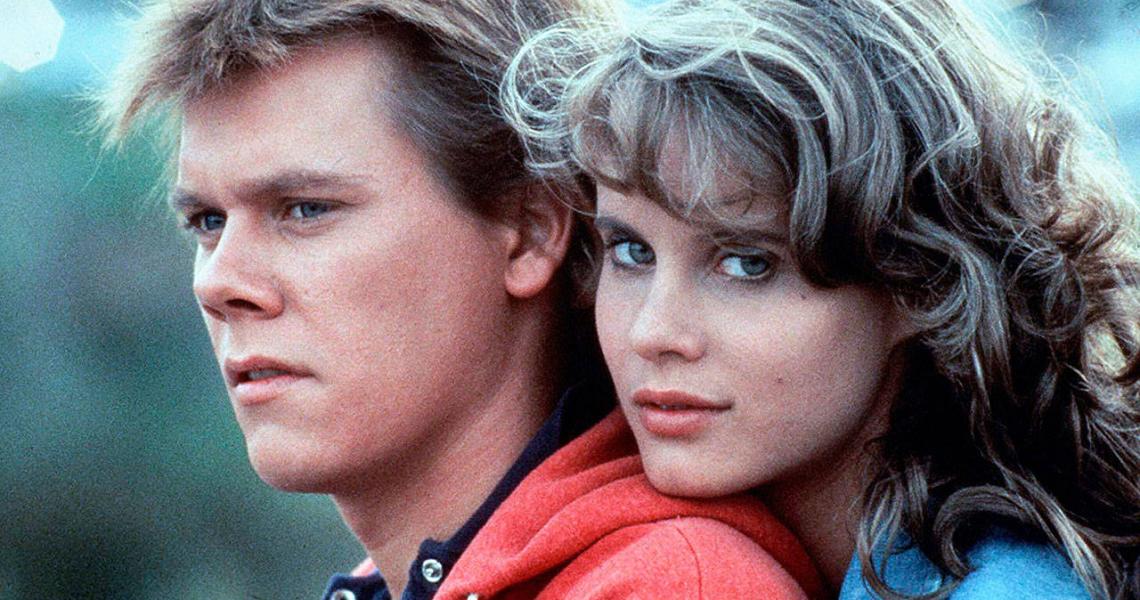 This week on Totally 80's: The Podcast, host Lyndsey Parker (Yahoo Entertainment Music Editor and SiriusXM Volume Host) jams to the tune of movie musicals and the iconic soundtracks that shaped the decade. Who remembers cutting loose...to Footloose?

SETTING THE SCENE FOR APPLE:

Parker: "[John and I] decided that the greatest movie musical of all time, or at least of the eighties, it came right in at the start of the 80's - I believe [Apple] was made in 1979. And the thing that I think is funny about is it was made in 1979, it came out in 1980, but it was supposed to envision a future of 1994 - a future where Nirvana and Weezer did not exist, where people were in flying cars and there was this group that come from Moose Jaw."

Hughes: "Apple was conceived as a rip off of another movie that was coming. The Xanadu."

Hughes: "But you haven't seen the Apple, please don't rent it. Don't stream it. Go buy it. I own it. I own it in three formats. It's the most ill conceived, poorly realized vision that is perfect in every way. Almost like Showgirls, which is my other favorite movie of all time. I have several favorite movies of all time. t's such a cliche, but the Apple is amazing because like every possible choice it made was wrong. Basically it takes place in a sort of Eurovision style contest."

Hughes: "It's about competition and the only way they resolve wars and conflicts is through a Eurovision style competition."

ON THE CULTURAL ENVIRONMENT OF THESE MOVIE MUSICALS:

Parker: "There were a slew of movies that came out right at the cusp of the 70's and 80's, which was such an interesting time. You Can't Stop the Music by the Village People. Xanadu. The Apple - where it's like people didn't realize that things were changing yet. Like they're disco, they're basically disco movies, but by the time they were hitting the theaters - I assume these movies were made when it was like '79, like the Apple was - but by the time they were hitting the theater, like s*** was already changing."

"These movies felt dated on release day. You know?"

Hughes: "And it's weird. They were all reaction to the the success of Grease. And cause that was the first successful movie musical, and I don't want to say decades, but close, a long time, long time."

"So they didn't take their cue correctly from Grease, which was to find something that may be dated in, in the past, like the fifties, but is still universally loved. It was, we're going to be current and this is going to be now. And by the time it hits screens, it's like now is no longer a flared white pants and disco balls."

ON WHICH MOVIES PAVED THE WAY FOR FOOTLOOSE:

Parker: "Here was a time in the early to mid '80 around '84 where everybody, as you mentioned, everyone wanted to have the next Grease because Grease had been so successful that everybody wanted to do dance movies because I would say Flashdance was the one that opened the door, but there were also a lot of like Breakin' and let's not forget, Breakin' 2: Electric Boogaloo."

"All these dancing movies and the Flashdance movie was a big movie for me. That's what made all the little girls want to take dance lessons. Right. So then I say, and I do want to talk about Flashdance, but we'll stay on Footloose. Someone basically decided like, we need Flashdance but with dudes..."