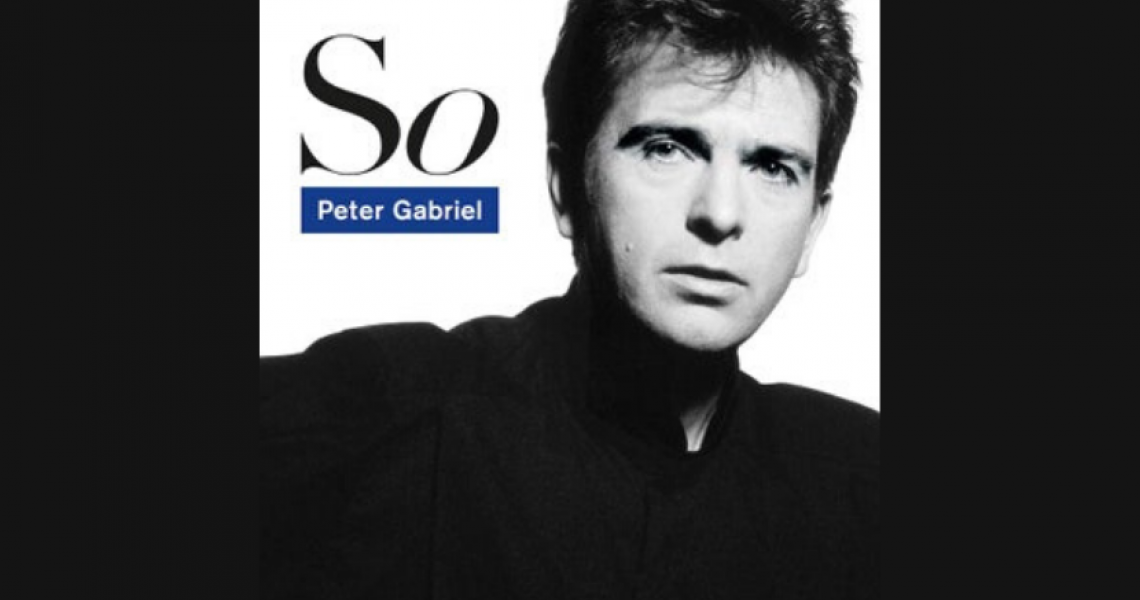 Peter Gabriel transformed from former Genesis frontman to global pop star with the release of his landmark album So.

In the early days of his solo releases, Gabriel would re-contextualize his art-rock into alternate rhythmic landscapes with cultural authority. With So, his first solo record to have an official title, Gabriel would globalize the sonic frontier of pop through reframing pop culture consciousness in these nine tracks.

From the original inspiration behind the album to its standout hits, here are five facts about his fifth album you should know.

5. The story behind the title

So was Gabriel's first solo record to receive an actual title. His four earlier albums between 1977 and 1982 were all self-titled and are sometimes nicknamed as "car," "melt" and "scratch," in reference to their cover art.

"That was a reluctant choice," the singer admitted to Rolling Stone.  "In the old days I would go through my vinyl and identity each record by the picture, not by the title. I always liked that. In some ways, I’m just a visual person. It was the idea to just do away with titles. Give the pictures space to breathe and speak for themselves. But, of course, it caused confusion in the marketplace."

He continued, "The next time out I decided to go for the anti-title. There’s only two letters: So. It can be more a piece of graphic, if you like, as opposed to something with meaning and intention. And that’s what I’ve done ever since."

4. A dialogue of modern society
Gabriel also tackles the plight of unemployment and working-class grievance in the midst of Western capitalism. With sincerity and compassion, he sings alongside Kate Bush to remind people to "Don't give up/'Cause somewhere there is a place where we belong." Nestled into the chords of a CS-80 synthesizer, Gabriel's soaring vocal range and Bush's ethereal voice, the song presents an unforgettable political message of hope.

3. The sensation of "Sledgehammer"

"Sledgehammer," the first single from the album introduces itself with soulful sass. The opening seconds of the single churns with funk, driven by the soul credits of trumpeter Wayne Jackson of the Memphis Horns and bassist Tony Levin's "drumstick bass," a technique of striking the bass with sticks rather than with fingers.

The "Sledgehammer" music video, featuring dancing chickens and Gabriel's floating head,  would rise to its own cultural fame, becoming a mainstay on music network MTV. "I think the video really helped get it to a different audience," Gabriel explained. "I’ve not had many intersections with mass culture, so that was one occasion where that happened."

For the track "In Your Eyes," Gabriel expanded audiences' palettes by teaming up with Senegalese singer Youssou N’Dour to add cross-cultural color to the tune's romantic pleas.

"I felt it was a special song, the like of which I hadn’t heard before in the way it integrated the different influences and tried putting together this love lyric, which was, in part, based on this African idea of having an ambiguous love song that can be human love, man to woman, or man to God," Gabriel reminisced.

So would become Gabriel's most commercially successful album, with its fivefold platinum certification. The iconic "Sledgehammer" music video would snag MTV's Video of the Year as well as Best British Music Video during the with Brit Awards. The album received a nod for Album of the Year during 1986's Grammys alongside "Sledgehammer's" own nominations for Record of the Year, Song of the Year and Best Male Rock Vocal Performance.