May 1984: "SIxteen Candles" Released in America 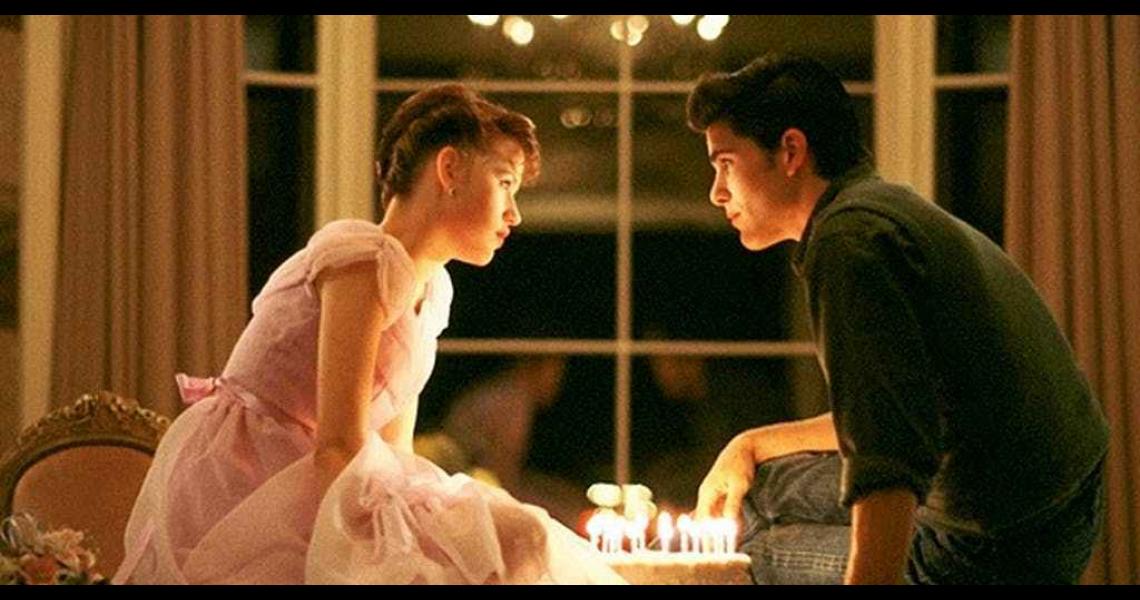 The story behind the movie is like a movie in itself: screenwriter John Hughes asked agents at ICM to send him some headshots of promising young actresses. Leafing through the pile, he spied a photo of a young Molly Ringwald. Inspired, he pinned the photo above his desk. Over a single 4th of July weekend, with Ringwald's photo overhead, John Hughes wrote the Sixteen Candles screenplay.

The movie that kicked off a series of teenage high school coming of age films from Hughes still crackles with electric energy from its young actors, as well as its carefully curated soundtrack. Released on May 4, 1984, the movie more than held its own over opening weekend, coming in #2. The #1 movie in America that weekend was another Totally '80s classic released on the very same day: Breakin'.

Let's rundown some fun facts about this Totally '80s classic.

1. Molly Ringwald REALLY wanted Viggo Mortensen to play Jake Ryan.
When the auditions came down to the last two actors vying for the role of Jake Ryan, a young read the part with both guys: "It was Michael Shoeffling, who ended up being cast, and Viggo Mortensen, who had just moved from Denmark," she recalled. "I was 15 years old, and I flew to New York to read with everyone. It got to the (final) Jake Ryan shot, and we had the kissing scene. And Michael Shoeffling did not kiss me during the audition – Viggo Mortensen did. He made me weak in the knees. Absolutely.” When the two finally worked together years later on the movie Fresh Horses, they talked about that fateful audition: “He said, ‘I’ve always been curious, do you know anything about what happened?’ And I said, ‘Hey man, I was rooting for you. I really wanted you for that part,’" she said. “I brought up the thing about how he kissed me and the other guy didn’t. He said, ‘I always thought that’s why I blew the audition! I go over it again and again. Why did I do that?'”

2. The movie's stellar soundtrack was boiled down to a five-song EP
Sixteen Candles is legendary for its outstanding music cues, blending a wide range of sounds including Spandau Ballet, The Specials, Oingo Boingo, Wham!, David Bowie, and much more. Instead of a full-fledged soundtrack album, MCA issud a five-song EP. Featuring the Stray Cats' version of the classic title track (which has found new life on the Chilling Adventures of Sabrina soundtrack), it also comes with the Thompson Twins' "If You Were Here," made famous in the movie's final scene.

3. There's a rare cafeteria scene that was only aired when Sixteen Candles was shown on television.
One of those movie oddities, where a quick slice of deleted film is used to fill time when shown on TV. This brief clip of Samantha Baker going through the cafeteria lunch line is one such outtake. Watch it below.

4. John Hughes figured out how to make "Long Duk Dong" laugh when he's found drunk on the front lawn
"We did so many takes that my voice got hoarse and I couldn’t laugh anymore," actor Gedde Wantanabe told Vulture in 2014, also revealing that he's still close with actress Debbie Pollack, who played his new American girlfriend in the movie. "The way we got that take is John found a feather and started tickling my feet. Then I couldn’t stop laughing — but the crew couldn’t either! I’ve worked with directors since where you hesitate. With John you wanted to make sure he got what he wanted but never felt censored as an actor and didn’t hesitate to try anything. I guess the right word for that is safe."

5. There is a Long Duk Dong rap song hidden somewhere in the vaults of Universal Studios.
Wantanabe revealed to Vulture that there were a pair of deleted scenes that didn't make the movie, including one featuring a Dong rap: "Apparently there was a scene where Debbie and I were in bed and smoking that got deleted. Also a great rap song the Donger did at the gym that got everybody dancing that I hope Universal brings back on some future release. That scene was so much 'Here’s everything this guy loved about America.'"