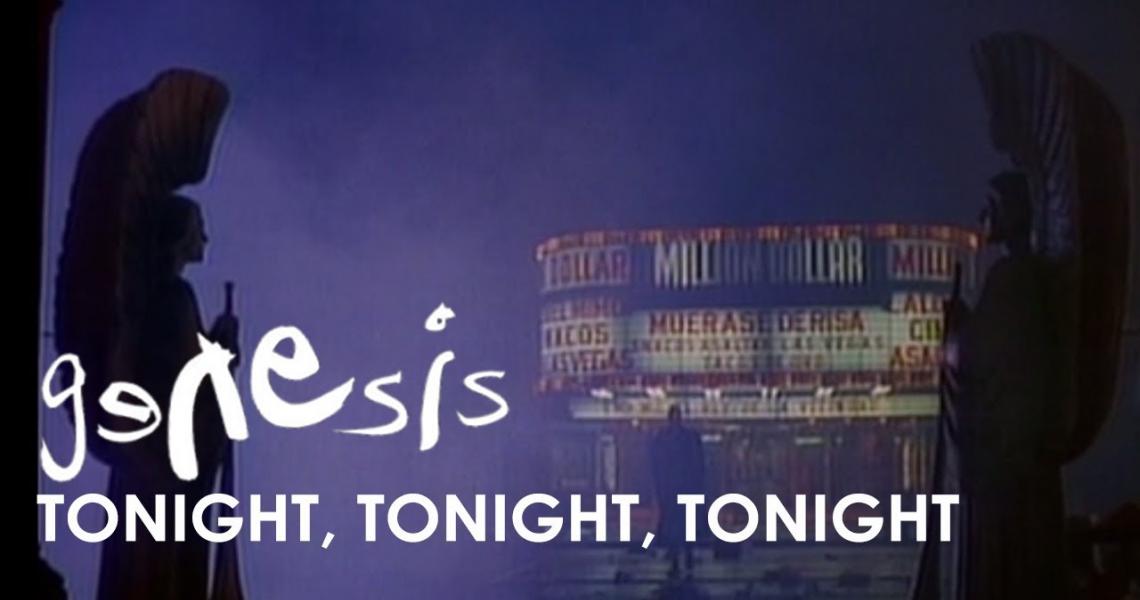 Genesis was already three hits deep into the blockbuster Invisible Touch album when they finally got around to making "Tonight, Tonight, Tonight" a single. With a running time of almost nine minutes, it wasn't exactly built for radio play.

"People tend to say now we're just a commercial group who write pop songs, but 'Domino' and 'Tonight, Tonight, Tonight' are more like the old Genesis," Phil Collins would say to CREEM magazine in 1987. "We have always written collectively, and any individual songs have been credited to the group anyway. We thought if one person got the credits he would get all the royalties and it would create an unfair imbalance."

According to keyboardist Tony Banks, it was a proposal from Michelob beer that would change the course of the tune. Incorporating the track into a flashy TV commercial would give the band and song massive exposure. Part of an even bigger campaign where Michelob utilized rock artists including Eric Clapton and Steve Winwood to woo drinkers, "Tonight, Tonight, Tonight" would find new life on prime-time TV. The spot would help Michelob generate a substantial uptick in sales. Ironically, the song that fueled a beer commercial was lyrically about making a cocaine deal, and fighting a losing battle to addiction.

The song came with a stylistic music video, filmed in the famous Bradbury Building in downtown Los Angeles. A popular movie location, it's probably best known for its use in Blade Runner.