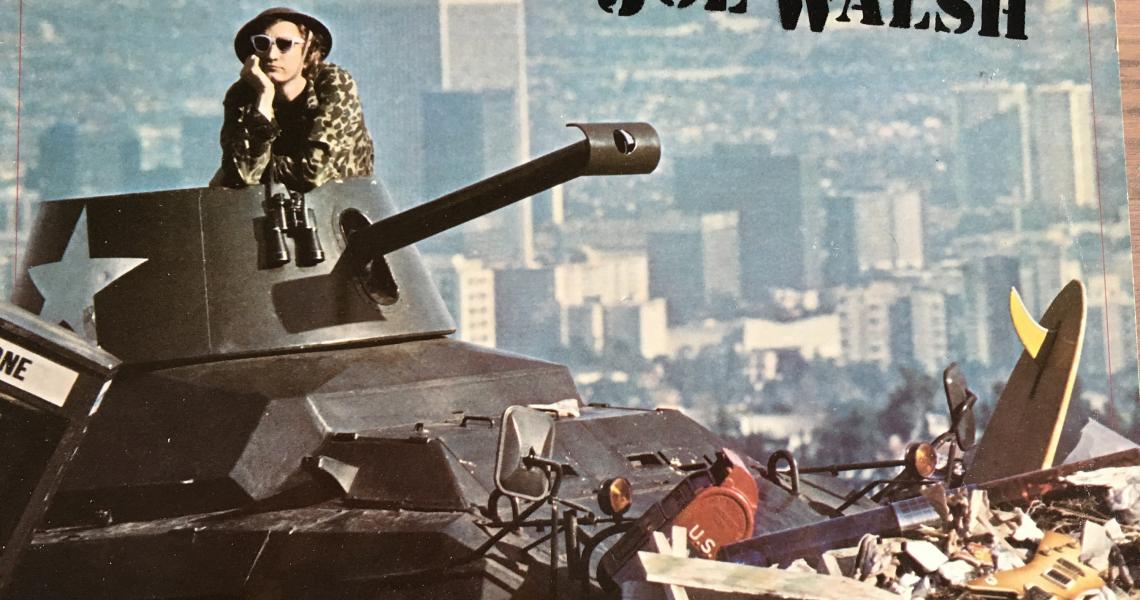 Joe Walsh was in a deceptively mellow mood on 1981 solo album, There Goes the Neighborhood. At least that was the vibe bubbling from the languid and laid-back tracks that populate the record. The album's best known track, "Life of Illusion," is an accurate reflection of what can be found throughout much of the album.

"That was just a statement — I just thought somebody should cop to it," Walsh explained of the song back in 1981. "A lot of fans think that we’re fast cars and money and drugs and women and stuff — and our lifestyle is really stupid. It’s not as glorious as it seems. I’ve been around the world a couple of times, and people say 'How’d you like Paris?' Hell, I never saw Paris — I saw the airport, and a rent-a-car, and a hotel and a gig — that’s what I saw of Paris. I have a nice house in California, but hell, I’m there between two and three months out of the year, and I’m on the road — my old lady lives there, I just go and visit. Anybody in my situation, that does what I do — I just thought somebody ought to cop to it, lay it out. It’s kind of mild satire. It’s a humbling song, and that’s what people like."

The album would come with some bite, though. "You Never Know" boasts a surprisingly funky vibe, and is loaded with lyrics that take swipes at Walsh's then-former bandmates in the Eagles and their manager, Irving Azoff's company, Frontline: "The Frontline grapevine jury's in a nasty mood / you might be guilty, honey, you never know."

For the most part, There Goes the Neighborhood was a chill ride that made the most of high-end stereo systems with pristine production and easy melodies. Case in point: album opener, "Things."

"'Things' is real fun," Walsh said. "I had that all worked out and thought it was a great piece of music. I had no idea what to write about, so I got a legal pad and filled it up with all kinds of things that I could write about, and it still didn’t get me anywhere. I was really kinda lost, and then I looked at what I’d written down, and thought, 'holy smokes, did you ever think how many things there are? I gotta write about all the things there are!' So I tried to put it in rhyme. I had about 50 more things than actually made it on the record. If I do another solo album, I think I’ll have 'Things, Part 2.'"

There Goes the Neighborhood was a success for Walsh, climbing as high as #20 on the Billboard album chart over the week of July 18, 1981.