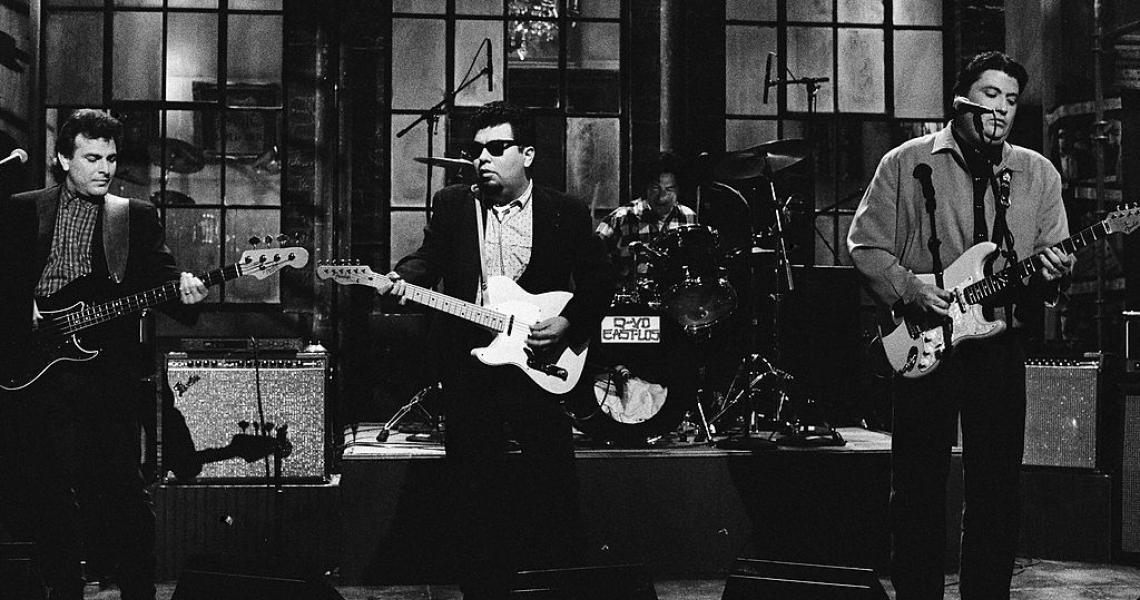 Los Lobos was an emerging act rocking out of East Los Angeles in the early 1980s, riding on the critical accolades of the band's 1984 major label debut, How Will the Wolf Survive?

"By then we had picked up a little speed," Louie Perez of Los Lobos told Songfacts. "We had a couple of critically acclaimed records, and we had a couple songs that were played on the radio, but no big hit. So for us it was doing it for them and for the legacy of this young Chicano kid who really pioneered. I mean, how bold was it back then in 1959 to take a Mexican song and make it into a rock tune, rock arrangement, and sing it in Spanish? That was pretty damn brave."

The group's trajectory would skyrocket, however, as a result of their participation in the soundtrack for big-screen blockbuster, La Bamba. Los Lobos covered six of late rock legend Ritchie Valens' biggest hits, including the title track, at the personal request of Valens' mother and sisters. Their version of "La Bamba" raced up the Hot 100, peaking at No. 1 for the week of Aug. 29, 1987. It held the top spot for three weeks, replaced on Sept. 18 by Michael Jackson and Siedah Garrett's "I Just Can't Stop Loving You."

"When it became a hit, it was like, 'Wow, what happened there?'," Perez recalled. "We had just finished our own record, and that one came out in like May. And then La Bamba was released about a month and a half later and that thing just went crazy - no one expected that."

The La Bamba soundtrack was also a chart topper, hitting No. 1 on the Billboard 200 for the week of Sept. 12, 1987, remaining in the lead position for three weeks. It would be toppled on Sept. 25 by Michael Jackson's Bad.

"We had been a band since 1973, and here it is 1987 and at that point how we redirected that frustration (of the band's first big record being a cover) was to do something that was completely different," Perez admitted about the band's reaction to the sudden success with Ritchie Valens' music. "Different than would be expected of a band who just had a huge hit. We didn't want to chase that hit, come up with 'La Bamba #2.' So we put out a record of traditional Mexican music with a couple of original songs on it that we wrote, something we'd always wanted to do. I remember after that record was released, journalists from all over were writing how Los Lobos committed commercial suicide, and I think to some degree it was true; we threw this wrench in this machine and brought it back to what we were all about."