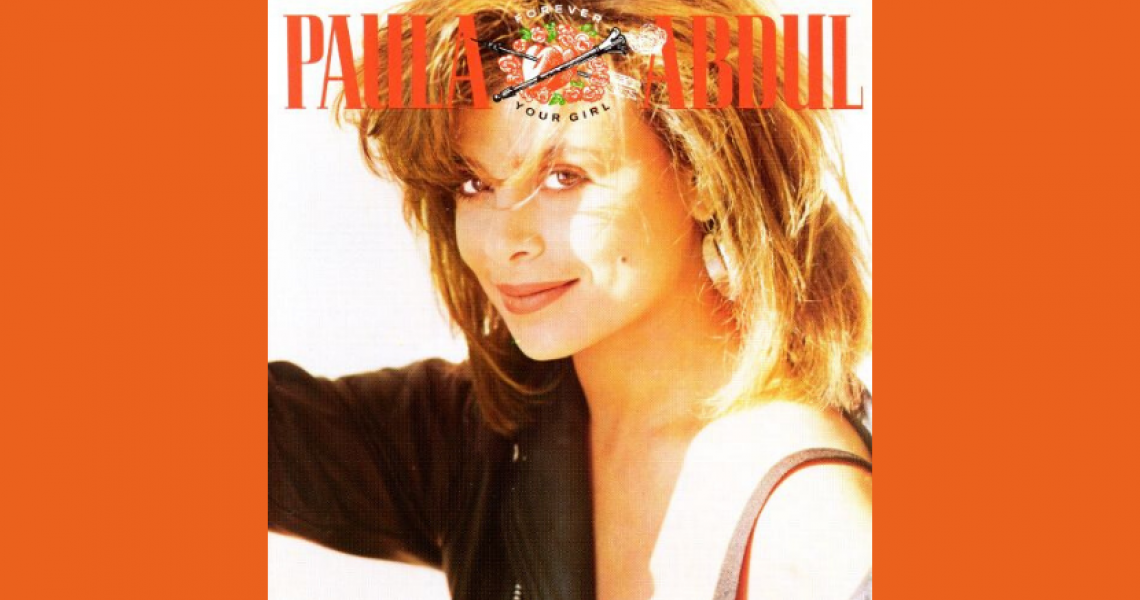 Before she took to the stage as a judge on American Idol, Paula Abdul was competing against Madonna and Janet Jackson for the throne of pop diva.

The former Laker girl had built her career as a professional choreographer amongst music heavyweights, but she pivoted and transformed her pop appeal with the release of her 1988 debut Forever Your Girl.

The ten-track debut was, by no means, a "straight up" hit during its initial release. Released on June 13, the album took 64 long weeks to climb to the peak of the Billboard 200, finally claiming the No. 1 throne on October 6, 1989.

Despite the album's slow-burning success, once the dance-pop album asserted itself on the charts, Forever Your Girl established Abdul on the path to superstardom, with its four No. 1 singles and seven-times platinum certification.

Tune in below for a track-by-track review of the album's hottest singles.

The angst-riddled lyrics of this tune paired with the Grammy-winning music video, featuring Abdul slinking alongside cartoon cat - MC Skat Kat - made the single's No. 1 chart appearance a no brainer. The track featured the vocals of Bruce DeShazer and Marv Gunn of Wild Pair and the songwriting and production chops of R&B's Oliver Leiber.

Produced and written by Elliot Wolff, who formerly collaborated with Chaka Khan and Peaches & Herb, "Cold Hearted" showcased the dark and dangerous side of the people's Miss America. Warning other girls to take care of their hearts, Abdul gifts a reality check to her fans in toxic relationships as she sings, "You’re the one to sacrifice/Anything to please him/Do you really think he thinks about you when he’s out?”

The title track, also written and produced by Leiber, beelines back to Abdul's perky, girlish appeal as she sings about her utmost devotion to the backbeat of cheery synths. This song is just pure '80s fun, proving Abdul can tap and sing in the spotlight like a true dancing queen.

The classic "Straight Up" was Abdul's claim to pop fame as her first chart-topping track on the Hot 100. Who can ever forget that classy black-and-white music video and that furious hit and run tap dance intro?

In the words of Rolling Stone writer David Wild at the time of Abdul's growing popularity, she was seen as proof that “an uncanny grasp of style and image can compensate for a lack of innate musical talent.” At its whole, however, Abdul had seamlessly choreographed era-defining dance moves to the  universal sounds of 80's pop, marking her undeniable spot in pop history.